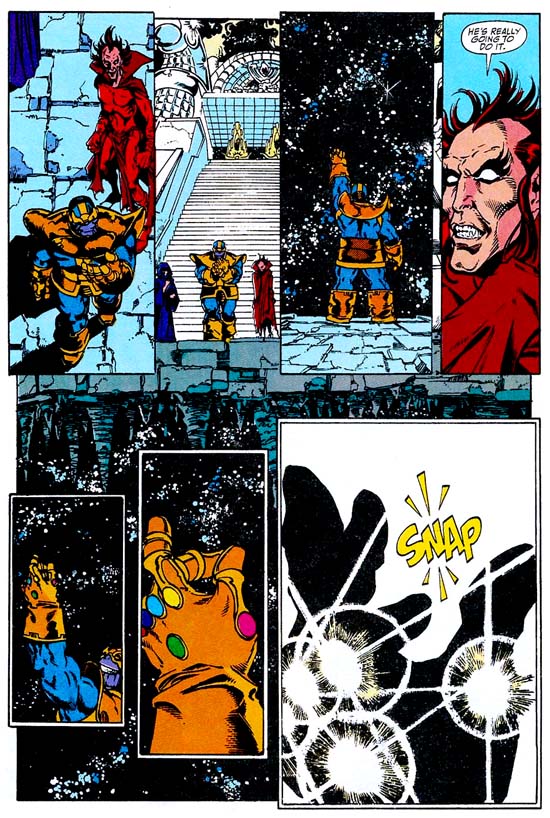 Thanos, the mad Titan, is in possession of the Infinity Gauntlet, an artifact that grants the bearer complete control over life, death, and the fabric of reality itself. You can’t argue. You can’t fight it. And he just snapped his fingers and killed half of Earth’s population, at random. Even Earth’s Mightiest Heroes couldn’t put a dent in him. His goal? The destruction of all life in the universe. Yeah, okay, he was eventually undone by his own ambition. But for a little while there, he essentially ended the Earth. Oh, and it served as the inspiration for an awesome Adam WarRock album, so kudos all around.