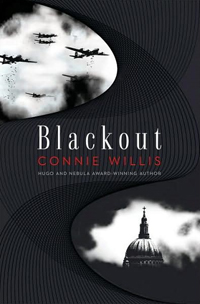 The Nebula Awards® are voted on, and presented by, active members of the Science Fiction & Fantasy Writers of America to honor the best in science fiction and fantasy. The awards were announced at the Nebula Awards® Banquet held at the Washington Hilton Hotel last night.

Winning Novelette: “That Leviathan Whom Thou Hast Made” by Eric James Stone (Analog 9/10)

Also Nominated:
“Map of Seventeen” by Christopher Barzak (The Beastly Bride)
“The Jaguar House by in Shadow” by Aliette de Bodard (Asimov’s 7/10)
“The Fortuitous Meeting of Gerard van Oost and Oludara” by Christopher Kastensmidt (Realms of Fantasy 4/10)
“Plus or Minus” by James Patrick Kelly (Asimov’s 12/10)
“Pishaach” by Shweta Narayan (The Beastly Bride)
“Stone Wall Truth” by Caroline M. Yoachim (Asimov’s 2/10)

Congratulations to all the winners and nominees!