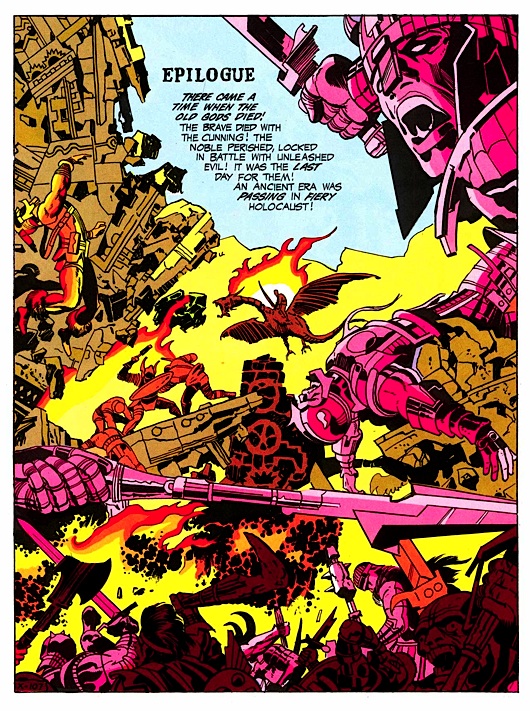 “There came a time when the Old Gods died! The brave died with the cunning! The noble perished, locked in battle with unleashed evil! It was the last day for them! An ancient era was passing in fiery holocaust!”

Let it be known in the last days of the Third World that the final battle between the old gods did destroy their planet, Urgrund, splitting it in two. And it came to pass that the energy unleashed by the explosion of the GodWorld spread across the universe, generating what later became known as the GodWave which seeded worlds with the potential to eventually bring forth gods of their own. 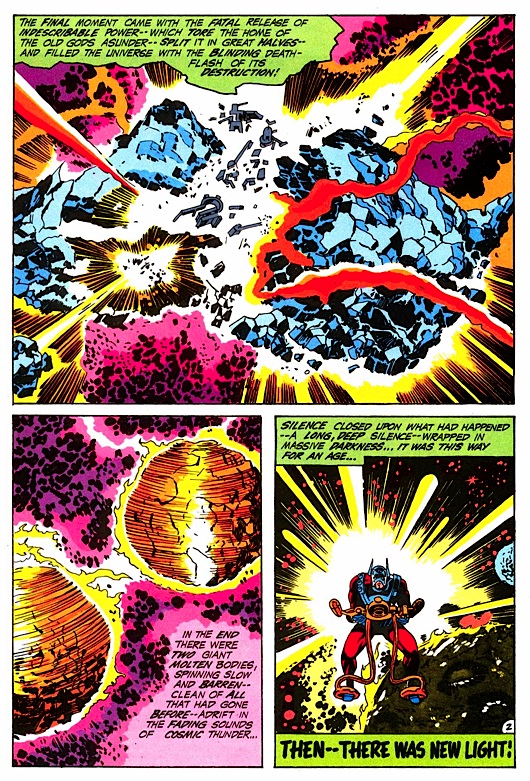 When Jack Kirby couldn’t do his own version of Ragnarok in Thor and kill off all the Norse Gods, he took the concept to DC and created the New Gods, widely considered the capstone of an amazing career.