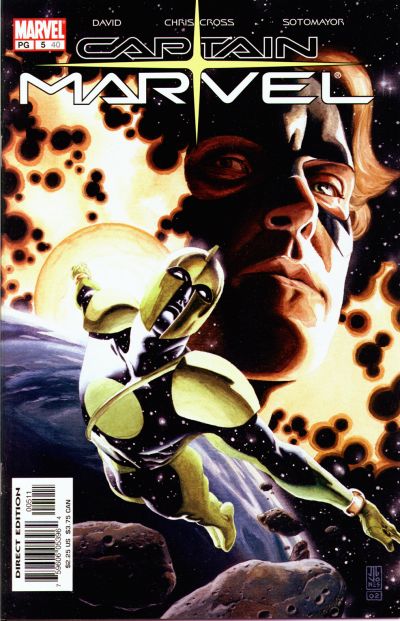 Eternity is killed by Captain Marvel

Back in the first six issues of Captain Marvel Volume #4, Captain Marvel went insane from his own Cosmic Awareness. He met the children of Eternity, daughter Epiphany and son Entropy. Entropy helped drive Captain Marvel mad to find an ally to help him destroy his father faster, and hence destroy all there is.

We’d show you the event, but writer Peter David decided to kill off the entire multiverse off panel, in an act of writerly chutzpah not seen until the finale of [[[The Sopranos]]] four years later.

Don’t worry, they were able to restart the multiverse in the next issue. Big bang and everything.