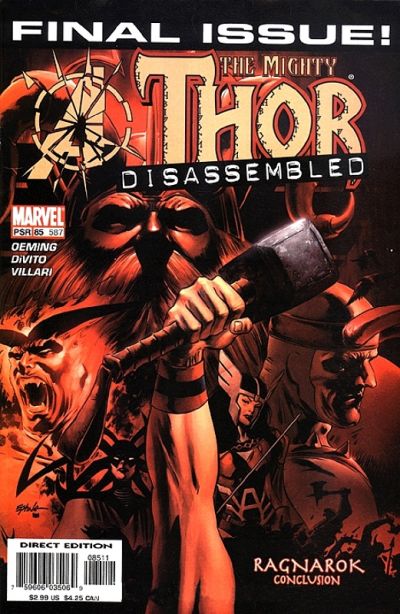 Ragnarok, the mythological last battle and subsequent death of the Norse Gods, was already pretty friggin’ metal. So leave it to Marvel Comics to turn it up to 11, pitting Thor and Friends against not one, not two, but three distinct Ragnaroks over the fifty-some-odd years of the character’s existence. Most recently, Michael Oeming and Andrea DiVito in “Avengers Disassembled: Thor” brought us a version of the twilight of the Gods that combined a healthy sense of humor with enough smashy-smashy to satisfy the most hardcore gotterdammerung enthusiast. And when it was all done, The Mighty Thor didn’t appear in a comic book for almost three years – a geologic age in the superhero world.