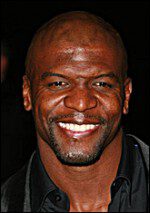 The fall television season isn’t the big deal it was when I was a kid, but it is still the time when a lot of new shows debut, a lot of old shows get a refurbishing, and a lot of Oscar-bait movies get advertised.

Still, September means it’s a new season. There is an equinox. Even astronomy knows it’s important.

There’s fun new stuff this season. I’m liking Sleepy Hollow a lot, and The Blacklist is better than I expected (and much better, so far, than Hostages, which I wanted to like so much more). I like The Crazy Ones because Hamish. American Horror Story: Coven began this week, promising a whole mess of strong women.

Naturally, the two shows that most interested me from the pre-hype are broadcast at the same time. Like a good geek, I was psyched about Marvel: Agents of S.H.I.E.L.D  not only because it has Marvel in the title, but because it has lots of Whedons behind the scene. A superhero universe and snark? Come to Mama.

And, at the same time on Tuesday evenings, there is also Brooklyn Nine Nine, a sit-com with Andy Samberg (about whom I had no strong opinions) and Andre Braugher , whom I have loved passionately since I first saw him on Homicide: Life on the Street and have watched ardently in some pretty mediocre shows since then.

I didn’t expect to like Brooklyn Nine Nine. I thought I would just DVR it out of loyalty, and because maybe they’d someday let Pembleton back in the box.

But here’s the thing. I like it. I like it a lot. I think it’s not only well-written and well-acted, but it also passes the Bechdel Test. A workplace comedy that takes place in a police precinct in Brooklyn (go figure), the cast features a diverse crew that not only reflect the city (at least more than most television shows) but also talk like people, not like tokens. The October 1 episode featured a subplot in which the three women (two cops and a civilian) teach a class to local high school kids. None of it was about dating or sex or even shoes. The writers have become comfortable enough let Braugher’s character stop explaining how he’s an out gay in every speech.

Also, Terry Crews assembled most of a dollhouse. It was awesome.

The gender politics of S.H.I.E.L.D. are more complex, but I still think they come out okay. I seem to like it more than my sister suffragette, Mindy Newell. It’s taking me some time to get into the dynamic. which feels somewhere between The A-Team and Fringe. Also, the handsome hardcore alpha male agent keeps reminding me of John Barrowman, except he’s not a time-traveller nor a Big Bad on Arrow.

I got a lot of the complaints. There are a lot of generically good-looking Hollywood types on the show, and it can be confusing to tell them apart. So far, Clark Gregg is the only character with a really distinctive style of speech (or maybe the only one with the acting chops to sound distinctive). There’s a lot of expensive action scenes, but not a lot of character development.

There were similar criticisms for Dollhouse when it started, and I had a good time with that. I realized that the key to the show, at least for me, is to understand that Skye is the protagonist. She’s the fish out of water. She’s the one who doesn’t know what’s going on, just like the audience. Her discoveries are our discoveries.

While Hollywood continues to think that women won’t go to see movies with women heroes, Joss Whedon is going to prove them wrong. I hope he passes the Bechdel Test on his way there.