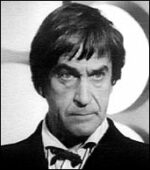 The BBC has confirmed the recovery of nine episodes of th Patricke Troughton era Doctor Who, a complete set of The Enemy of the World, and all but part three of  The Web of Fear.  Both adventures are available now from iTunes, with DVD releases to follow. Part three of Web of Fear, still missing, is included with a restored audio track and a series of telesnaps.  It’s unknown if it may at some time receive the animated treatment that many past adventures have gotten.

The rumors circulating around fandom since the early summer have ended up being truer than many assumed, but not as true as most hoped.  The episodes, hailing from Nigeria (not Ethiopia, as the rumor claimed) and ended up falling far short of the outlandish tales of a hundred or more episodes.

While it was standard practice to record the broadcasts onto 16mm film, those films (And those of many shows, both British and American) were lost as stations wiped tapes and destroyed films as a cost cutting measure. In the early days of television, most assumed there’d be no desire to re-watch television programs, also resulting in the lack of residual agreements for so many stars of early American TV.

The episodes were sold to foreign markets after their initial broadcast, and many times the episodes were passed on through several countries as they continued to be sold.  The tapes/films usually came with an order to return or destroy the masters upon broadcast.  It’s only through that ordered being ignored that allows these episodes to be found today.

It can only be hoped that more episodes may be found in TV station vaults, but as time passes, the possibilities dwindle.  Unless more episodes were found here and are secretly awaiting restoration, this may be the last big score we’ll see in quite a while.

Until the discovery of time travel of course, which will likely first be used to recover our recent history than ancient history.  Yeah, it’s be nice to record the Sermon on the Mount, but I for one would rather get all those Ernie Kovacs Shows back.