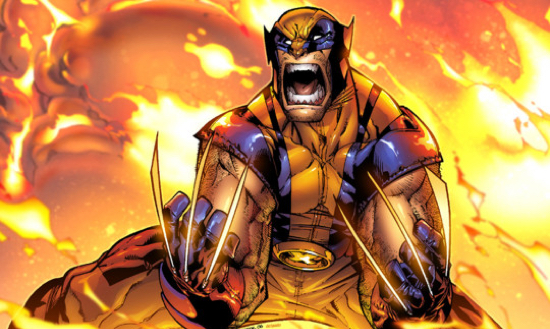 First they came for the Socialists, and I did not speak out –
Because I was not a Socialist.

Then they came for the Jews, and I did not speak out –
Because I was not a Jew.

Then they came for me – and there was no one left to speak for me.

“All that is necessary for evil to triumph is that good men do nothing.”

I am sorry if I am boring you, but simply talking about what series I am binging on now (Luke Cage) and how much I am digging it has been expunged by John Ostrander’s column yesterday.

I didn’t know that Humberto Ramos and George Pérez have decided not to attend any conventions held in any state that went “red” and voted for Trump until I read John’s piece, and I immediately clinked on the links to both men’s statements.

I am immensely impressed by their willingness to speak out and not to be one of those good men who do nothing.

I am immensely pissed off about the horrible vitriol flung against Mr. Ramos, whom I don’t know, and George, whom of course I certainly do. It’s really disgusting, especially the barbs slung at George – go ahead, read them, just scroll down to the comments section on the Newsarama page – and I can’t help wondering just what the comments would be if either man’s last name was “Smith” or “Jones” instead of Hispanic origin. Of course, as John said, it is the Internet, after all…

…But I also must point out that we now have a President-Elect who uses Twitter to insult and rant and threaten litigation against anyone he conceives to be against him; an about-to-be White House Chief Strategist (Steve Bannon) whose Breitbart News website is a haven for white supremacists and whose divorce filing included this statement from his wife about their kids’ education: “…the biggest problem he had…is the number of Jews that attend. He said that he doesn’t like Jews and that he doesn’t like the way they raise their kids to be ‘whiny brats’ and that he didn’t want the girls going to school with Jews;” an about-to-be National Security Advisor (retired Lt. General Michael Flynn) who joined the crowds at Trump campaigns in shouting “Lock her up” about Mrs. Clinton and who tweeted “Fear of Muslims is rational;” and a nominated Attorney General (Senator Jeff Sessions of Alabama) who has called the Voting Rights Act of 1965 “an intrusive piece of legislature,” who endorses a ban on Muslim immigration, and, oh, by the way, was rejected by a Republican-controlled Senate for a federal judge seat after being nominated by President Reagan in 1986 because of his racism.

Bottom line: I am proud of Mr. Ramos and of George. They not only speak truth to power, but they have acted upon it.

As for me, I will do what I have always done – speak up when and where it is necessary, post on Facebook, and write this column. I will try not to bore you by turning this into a weekly anti-Trump diatribe, but please don’t expect me to apologize, either, if my thoughts about the pop culture world are interrupted by a frightening shadow that is about to become a reality on Friday, January 20, 2017.