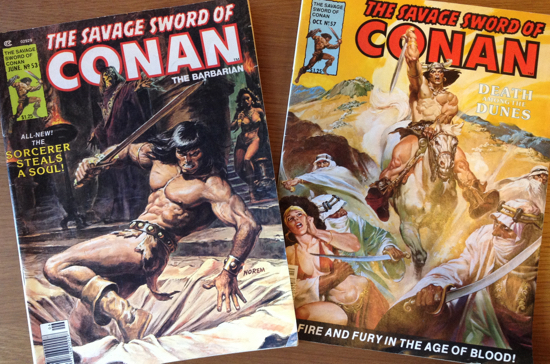 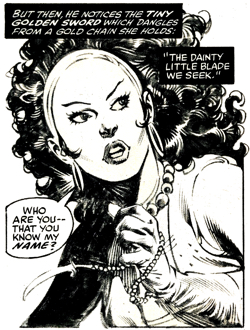 I respect everyone who’s energized, outraged or just ready to make things happen. On the other hand, I need a break from it all. Enough of the real world for me, even if it’s just for a little while.

So this week I’m retreating into the Hyborian Age – the fictional historical past of barbarians and wizards – by way of the early 80s. It’s was easy to get there – I just cracked open and read a few yellowed, musty, and totally wonderful issues of Savage Sword of Conan.

To paraphrase Karina Longworth and her excellent podcast, You Must Remember This, “Join me, won’t you?” 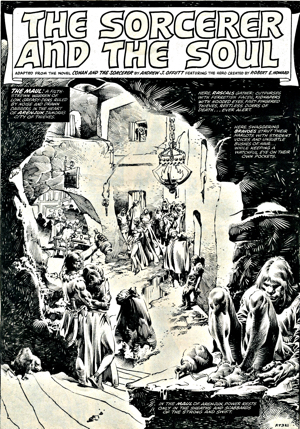 The Hyborian Age is really all about Conan. I’ll admit it: I was never a super-fan of Conan per se. I enjoyed the prose and comics off-and-on over the years. And like so many young men, I liked Frank Thorne’s Red Sonja adventures. If anything, I counted myself as a fan of Fritz Leiber’s Fafhrd and the Grey Mouser adventures, as I always felt that they there the “thinking man’s barbarians”.

And you should ask for a copy of Dark Horse’s new collection called Fafhrd and The Gray Mouser: Cloud of Hate and Other Stories (written by ComicMix’s own Denny O’Neil) to fill your stocking this Yuletide season.

Fortunately, making the switch from political news to barbarian adventures was pretty easy for me. While traveling through Pennsylvania recently, I stopped at Scranton’s Comics on the Green comic shop. It’s a fantastic store full of new comics, old comics and an infectious enthusiasm. 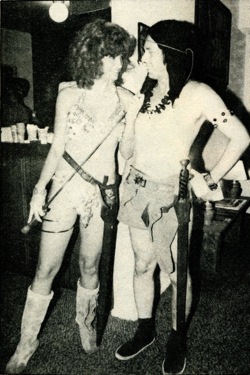 Nebres’ stylized inking seemed to create a unique universe that fascinates and beckons the eye. As many of you know, Rudy Nebres was part of a wave of Filipino artists who migrated to American comics in the 70s. Like many of his compatriots, he could pencil, paint and ink. But somehow, his inking over a top draftsman like Buscema brings out the best in each artist.

And like a comfortable coat that you haven’t worn since forever, re-experiencing a Buscema-Nebres adventure was both cozily familiar and understatedly spectacular.

Beyond the art, there’s a lot of charm in this magazine that helped me briefly forget modern world problems.

In the first story in the issue, we find a young Conan flirting with a girl in a bar. Her boyfriend happens across them, and as he’s also the Captain of the City Guards, that introduction doesn’t go well. Conan refuses to take his hand off the woman’s bare thigh, so naturally, a wild bar fight ensues. Prince Valiant never did that!

There’s also a sense of community in these old Marvel Magazines. For example, in the letter column one reader challenges Roy Thomas, the writer and guiding force, on Conan’s treatment of woman. Roy suggests that Conan was a product of his time, and that it’s difficult to impose 20th century values on a historical character. It’s a fascinating conversation to watch from the sidelines, especially 30+ years removed.

Another reader also tells Roy Thomas about a prototype Conan character called Crom who appeared in Out of This World and Strange World, two 1950s comics published by Avon. It seems there were prior letter column discussions about this character, written by Gardner Fox, and they were adding to their collective knowledge. They were all piecing together a geek puzzle for hard core Conan fans.

Oh, how far we’ve come. I found these stories via ComicBookPlus.com on my cell phone in less than three minutes after learning about them in this old Conan magazine.

There’s even 70s cosplay! Roy Thomas shared a photo on page 48 in which he and his wife were engaging in some serious Conan and Red Sonja cosplay at a west coast party.

Even the advertisements were fun. An ad for The Comics Journal challenges readers with the question “Are You A Comics Fan…? Do you read more than 10 comics a month? Have you ever wanted to know more about comics? Especially more than you can read in the letters page or the Bullpen Bulletins? Well, now you can…” The ad, like the whole magazine, is charming and simple and evocative of simpler times.

It was a brief, but glorious, respite.