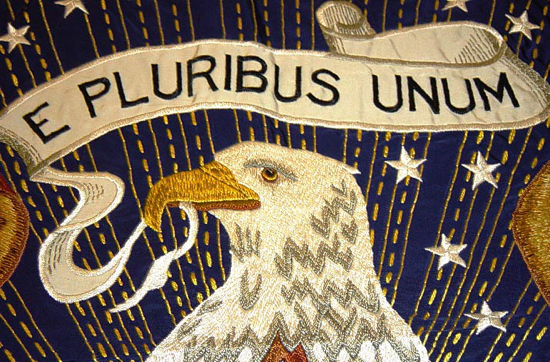 Following Donald Trump’s election, comic artists Humberto Ramos and George Pérez have announced that henceforth they will not attend conventions in states that voted for Donald Trump. (You can read Humberto’s statement and George’s statement. Not to be wondered at, this has excited comments both pro and con on the Internet, much of it angry. Sadly, it has excited death threats on some of those who have sided with Humberto and George. Perhaps that is also not to be wondered at; it is the Internet, after all.

I’ve been considering my own response. I have one, of course, but I debated with myself as to whether or not I needed to make it public. I think both George and Humberto are perfectly capable or fighting their own battles without my help. However, given the times we live in and virulence of some of the reactions, how does one remain silent?

If I believe (and I do) that one needs to speak up in these cases, then I must as well… even though my position is somewhat mixed.

To begin with, I absolutely support Humberto and George in their decisions. It’s not petulance on their part. Both men are Hispanic; they feel that Trump’s words in his speeches and his actions since getting elected are threatening to them, to their families, to their friends, and to their communities. Both George and Humberto have taken pains to make it clear that their position is not directed at the United States or its citizens. As Humberto simply put it, “I know when I’m not welcome and I won’t expose myself to be offended or mistreated, there is no need.” I wouldn’t do that, either. Both men are men of honor and courage as well as great talent and skill. I admire them, I respect their decision, I support them.

All that said, I’m not joining the boycott. In every so-called “red state” there were plenty of people who also voted for Hillary Clinton – just as in the so-called “blue states” there were those who voted for Trump. In many cases, those states are more purple than red or blue. The fans I meet and greet may have been Clinton supporters or Trump supporters but at a Con they are my supporters, my fans. I can’t do a litmus test to see which side of the electoral spectrum they fit. For myself, I don’t want to punish possible Clinton supporters because the majority of voters in their state went all Trump-y.

So that’s why I hesitated to say anything. I don’t want to seem not to support Humberto and George but I don’t feel I can join in. To be fair, neither artist has asked anyone else to follow their lead. I can and should, support their position. I do.

Nor would I want anyone to misconstrue my words or my position as supporting Donald Trump’s election in any way. Based on what he has said heretofore and what he is currently doing as he looks to staff his Administration, I think he will be a disaster for this country. I am capable of not voting for a candidate but accepting their victory; no candidate has ever filled me with loathing and dread as Trump does. I fear for my country.

If we meet at a Con, let’s not talk politics. Let’s stay friends, if we can.