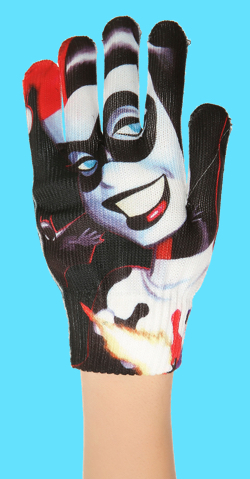 Hello all. As I’m sure nearly everyone else here on ComicMix has given their two cents on the recent release of Suicide Squad (with the most important among us, John Ostrander, being the end-all-be-all in his review), I’d be remiss if I didn’t also drop a few opinionated pennies in the bucket.

My opinion of the flick, sadly, isn’t a high one. Had John – someone I admire so much as a writer, and cherish as a (dare I say it) personal friend – not been one of the sources by which David Ayer and his team built the Squad around? I’d really be inclined to say I left the theater unsurprisingly disgruntled. But I left at least with a snicker and some joy for the good things buried in the layers of bad.

Walking in, admittedly, my expectations were low. Given the bar to clear thanks to Batman v. Superman, all I really wanted was a film that could at least take a step back now and again to have a laugh and/or human moment. I didn’t need to see Deadshot and his dirty dozen eat gyros in Central City mind you, but I needed to be reminded now and again that the DC Movie Universe wasn’t all angsty rainstorms and mommy issues.

Walking out, I felt I’d been treated to – as my friend and comic shop owner Eric Garneau quipped — a two hour music video. Stuff exploded. One liners were dropped. A little depth and human emotion permeated a few of the Wall’s wicked wrongdoers. And I didn’t leave exhausted by most of the ham-fistedness of it all.

If I’m allowed to file some complaints… (And, duh, SPOILERS be ahead, matey)

Jared Leto may had thought going method was the way to really capture the Joker. But the inked and lovelorn desperate putz they paraded out during the film was hardly the clown prince of crime I personally love to loathe. As presented, he was a chalk white gangster without a soul. If it’s one thing every Joker before him has shown (and much of that comes with the script) is a depth beyond the forced smile and purple pants. In Suicide Squad, he served only one purpose: to grant us our Harley Quinn, the sexpot screwloose heart-of-the-team.

A secondary concern would pop up when it came to the obvious screen time of Will Smith’s Deadshot as well as the aforementioned Dr. Quinzelle. Clearly the studio loved how marketable each would be; Deadshot is basically a living action figure, and Harley is Hot Topic made flesh. But with each of them getting considerably longer stretches to dominate the film, the more interesting members of the team were left to fill fodder roles.

Had we not seen Captain Boomerang stuff the pink unicorn into his jacket several dozen times, would there even be much to the character as given to us? He was funny as he continually opted to try to half escape or drink beer, sure… But there’s far more to Digger than the movie opted to offer.

And what of Killer Croc or El Diablo? To me, Diablo stole the film, with his well-paced slow burn (natch) arc. It left me wanting to know far more about him. While Croc apparently was happy to be the muscle of the team who was always relegated to wide shots due to the budget clearly being spent on Enchantresses’ CGI maelstrom.

Which leads me to the last nit to pick. From the second she was introduced, Enchantress was truly used as nothing more than a deus ex machinsquad. Overpowered, over CGI’ed, and under-acted, I never believed for a second that the June Moon inside wanted our Not-Tom-Hardy Rick Flag. But the point is moot. She was there to give us a squad and produce yet-another-army of expendable computer monsters to bash. Meh.

For what it’s worth, I feel the need to end on an uplifting note. Much as John himself pointed out, so much of the success of this film would rest on Amanda Waller. As the Samuel L. Jackson Nick Fury of the DCU (who predates that actual character by several decades… thank you, John), Viola Davis was everything I wanted in the Wall and more. In fact, I hope we catch her rooting around every DC movie from here to the eventual Kingdom Come.

Ultimately, if someone were to ask me about Task Force X I’d pop in my DVD of Justice League Unlimited and show them how it was done as a masterstroke. Otherwise, I suggest switching your brain to mute, getting a large greasy bucket of popcorn, and just enjoy the madness. Suicide Squad is, to date, the best DC’s movie makers have yet to offer. Enough glints of hope exist for the casual fans to have a good time.

And hey, should the Squad return? Well, if it drops a few shekels of credit to John Ostrander… my next ticket will be bought in advance.