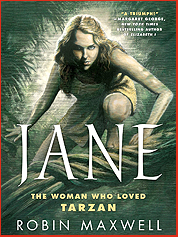 Well, I haven’t heard Adam Sandler’s Chanukah Song yet – the Festival of Lights starts at sunset on Saturday, December 8th – but I did hear a rant about the War on Christmas on the radio the other day.

Yep, it’s that time of year again. Hallmark Channel has preempted Little House On The Prairie for sickly sweet (and cheaply made) movies with a Christmas theme. Wal-Mart and Target are pushing black Friday – great name for a villain, by the way – and have introduced something called pre-black Friday. Christmas catalogs have been smushed into my mailbox, and the department store halls are beginning to be decked with boughs of holly, fa-la-la-la, la-la-la-la I’ve even caught some Christmas commercials on the TV (although the deluge is yet to come.)

So this year ye olde editor Mike Gold and Big Kahuna Glenn Hauman decided to get in on the act of Christmas before Thanksgiving and decreed that this week all of your ComicMix columnists offer their own catalogue of gifts – courtesy of that big Santa’s Workshop in the sky and on the web, Amazon – for the holidays. Which includes Chanukah, and don’t forget Kwanza!

So in no particular order, here we go:

1. Jane: The Woman Who Loved Tarzan. Robin Maxwell. 2012 marks the centennial anniversary of Edgar Rice Burroughs’s greatest creation, and Ms. Maxwell, an award-winning historical fiction novelist, has done him proud. Written with the approbation of the Burroughs estate, this is the book for every woman who ever played at being Jane Porter and for every man who ever wanted to be the Tarzan with whom Jane falls in deep, instinctual, forever-and-a-day love. Maxwell’s Jane is no wallflower Edwardian ingénue. A medical student at Cambridge University and an amateur paleoanthropologist, Jane and her father join an expedition into West Africa, and…well, you’ll just have to read it. The novel has garnered praise from such notaries as Jane Goodall and Margaret George, and was featured in the Washington Post and the Huffington Post. Find it here.

3. Percy Jackson And The Olympians Hardcover Boxed Set. Rick Riordan. This recommendation comes from Isabel Newell, 12 years old, cellist, equestrienne, singer, and avid reader. Percy Jackson is a good kid, but he’s always getting into trouble…like once there was a snake in his bed and he had strangle it with his own hands! And then he was attacked at school by the Furies! Can he help that he always end up getting expelled from school? (And there have been a lot of schools!) Turns out Percy just happens to be the son of Poseidon, God of the Seas! Which just happens to make Percy not only a demi-god, but a child mentioned in the Great Prophecy! This amazing series gives Harry Potter a run for the money, and is for everybody of all ages who loves mythology and wonder and adventure! Find it on Amazon.

4. Casablanca. Starring Humphrey Bogart, Ingrid Bergman, Paul Henreid, Claude Raines, Peter Lorre, Sydney Greenstreet, Conrad Veidt, and Dooley Wilson. Produced by Hal B. Wallis, Directed by Michael Curtiz, Screenplay by Julius and Philip Epstein and Howard Koch, with music by Max Steiner. Julie Schwartz once told me that there is only one story: Boy Meets Girl. Boy Loses Girl. Boy Gets Girl. This is the essence of what is probably the greatest movie every made by hook or by crook – did you know that pages were constantly rewritten even as filming went on, and that no one knew how it was going to end? Okay, Rick loses Ilsa, but he does get Louis. See, Julie was right! Find it here. Oh, and check out John Ostrander’s wonderful series of columns on Casablanca, right here at ComicMix.

Okay, time to toot my own horn. Mike asked us to recommend something we had written. Hmmmm….

I want to recommend Wonder Woman #86, Chalk Drawings by the great George Pérez, me, and the wondrous Ms. Jill Thompson. It is the story of the aftermath of Lucy Spear’s suicide; there are no easy answers to suicide and it was my decision to reflect that. I’m immensely proud of it and the work that we three did together, and I’ve always been sorry that it did not get the attention it deserved. Find it here.

Oh, and one more thing. Give a gift that really counts for something and truly reflects what the season is all about: donate to the Red Cross, or the Salvation Army, or any of the great charities helping people to recover from Sandy.

That’ll be your gift to me.