John Ostrander: On The Side Of The Angels 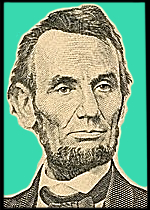 On the ballot here in Michigan in the last election, there were several proposed amendments to the state constitution. One was concerning the use of Emergency Financial Managers (EFMs). It’s no big news that Michigan is having a hard time of it financially and several municipalities and other local organizations such as school districts have been tottering on their own fiscal cliffs as a result of ineptitude, mismanagement and plain old corruption on the part of the sundry boards, councils, and mayors involved.

The draconian solution devised by the Michigan legislature, itself a meeting place of miscreants and ideologues who are currently ramming through a “right to work” bit of legislation without any public hearings or other forms of democracy, was a pair of Emergency Financial Manages bills. This allowed the governor to appoint a Financial Manager for an undisclosed amount of time who would take over the troubled entity’s finances. The more extreme of these allowed the EFM to break or change contracts without negotiation and many other dictatorial acts. This one was struck down by the Michigan Supreme Court as unconstitutional. The governor’s office responded by trying to reinsert the law as a state constitutional amendment, outside of the Court’s reach, and thus it was on the ballot last November.

It got voted down and I was one of the ones voting against it. I understood the reasoning behind the law and the proposed amendment. The reason that the various local entities were in the financial mess that they were in was an inability and/or unwillingness to come to grips, get past their own petty personal attempts to hold on to power and do what was necessary to solve the problem. At the same time it was so inherently undemocratic that I couldn’t support it. Good, bad, or indifferent, these local officials were voted in by the populations they supposedly served. I could understand the impetus and reasoning behind the EFM but I couldn’t accept installing what was essentially was a dictator however worthy the reason. It just went against the grain.

And what has all this to do with pop culture, about which I am supposed to be writing?

I and My Mary recently went to see Lincoln, Steven Spielberg’s astounding film about the President and focusing on his attempts to get the Thirteenth Amendment to the U. S. Constitution, abolishing slavery, through the House of Representatives. It’s going to win a lot of Oscars at the next Academy Awards and deservedly so. Daniel Day Lewis inhabits the part of Lincoln, making you think that this how the man must have been. He wears the sadness and melancholy of Lincoln the way that Lincoln often wore a shawl. It drapes over him.

The cast of the movie is stellar. Sally Fields plays Mary Todd Lincoln and is every bit the equal to Daniel Day Lewis. One scene features an emotionally intense fight between Lincoln and his wife and Mary Todd gives as good as she gets. If you think of Mrs. Lincoln only as Lincoln’s widow who winds up in an insane asylum, this will make you re-think that notion.

There is some very canny casting in the film, playing to our perceptions of the actor and infusing them into the part. Tommy Lee Jones as Representative Thaddeus Stevens, an ardent abolitionist who was a key to getting the 13th Amendment passed, not only looks like photos we have of Stevens but Jones’ rat-a-tat way with an insult meshed perfectly with the character. These days we are accustomed to James Spader playing slightly sleazy and underhanded characters and his part in the film, W.N. Bilbo, who helps court or bribe representatives to vote for the Amendment, plays to that perception.

There are other fine performances and actors throughout the film – David Straitharn, Jospeh Gordon-Levitt, Hal Holbrook among many, many others. The script is by Tony Kushner (who wrote the award winning pair of plays, Angels in America} based on Doris Kearns Goodwin’s superb biography of Lincoln and his cabinet, Team of Rivals. This script will be up for an Oscar as well and deserves to win it.

The film also had me asking questions of myself. Abraham Lincoln was arguably the greatest president this country has known. As I’ve learned about him, he has become and remained one the heroes to me of our country’s history. I wonder, however, if I had lived in his time, knowing only what people then knew, would I have been for or against him?

Lincoln, early in the Civil War, suspended the writ of habeas corpus, a central tenet of our government, by which an unlawfully detained prisoner can demand his or her release. When the Supreme Court of the time overruled his suspension, Lincoln ignored them. Civil law could be suspended in the areas of the South that the Union controlled and martial law, with military tribunals, were imposed. Newspaper and journalists could be censored and some were, inhibiting freedom of speech.

Given my unease with Michigan’s EFM law, how would I have responded back in Lincoln’s day to the suspension of habeas corpus? Yes, there were good reasons for him to act as he did but how much of that is plain in hindsight from where we are now and how much would that have been apparent then? Would the erosions of civil liberties, however worthy the apparent reason, grated on me? Could I, would I, have supported Lincoln back then?

Honestly, I don’t know. Those of us in the moment may not always be able to see things as clearly as the hindsight of history may show. In this time, in any time, perhaps the best we can do is try to do the best as we see it and hope that, as Lincoln said, we side with “the better angels of our nature.”