John Ostrander: Back Over The Rainbow 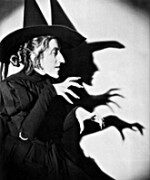 I’ve mentioned before how I like going to see movies on a big screen and, when I can, on an IMAX screen which is about as large as you can get. I especially like seeing older movies on the big screen; you see them as they were meant to be seen. I still enjoy watching movies on TV although I can’t say I want to watch them on screens much smaller. I know that plenty of folks – especially them younger generation types – prefer watching them at home but I have (and still) argue that the experience just isn’t the same. To each their own.

This week, me and my Mary played hooky to run off and see The Wizard Of Oz remastered for 3D and IMAX before it departed the theaters. I had some apprehension going in. Would the film get stretched to meet the IMAX screen? I’m not always nuts about the results of a film that was not meant for 3D that is manipulated after the fact to make it 3D.

Bottom line – I had a great time. I’ve seen reviews for the BluRay/DVD/kitchen sink combo pack but this is about seeing it in the movie theater, specifically an IMAX theater. So, the images were sharp, the background was a little muddy here and there but I suspect that was in the original and not so much the transfer. It’s more about how the movies were made then than they are now.

How was the 3D? Meh. It didn’t detract but it didn’t add much as far as I was concerned. I guess I was hoping for more. The twister sequence has always been one of the best (if not the best) in films; it’s truly scary. I was hoping 3D would add even more; there was a bit more dust and stuff floating around but that was about it. On the other hand, they didn’t try to add stuff to the sequence and that was a blessing.

I also was hoping for a little more from the attack of the flying monkeys. It did gain some clarity; the images were sharper and that made the flying monkeys even weirder and scarier. They always weirded me out and this edition made that impression stronger.

What really worked for me was the sound quality. IMAX’s sound is almost always superior; immersive, surrounding, and clearer. That was really the case with Wizard Of Oz. The songs, the background music, the cackle of the Wicked Witch, the growls of the Cowardly Lion – all were so crystal clear that it made it as though I were hearing them for the first time.

In fact, that’s what the IMAX version of the film gave me and that I was hoping it would give me – a sense of seeing it anew, of how it must have been when the audiences first experienced it in 1939. Judy Garland’s singing “Over The Rainbow” was stunning; her image fills the IMAX screen and the sound is pristine. It is simple and direct and strikes right to the heart; all the more amazing since it was very nearly cut from the final version of the film. I’ve seen the film many times. Including on the big screen, but never as a big a screen as the IMAX and I saw it with fresh eyes and heard it with new ears.

There are many, many scenes that stood out in this new version: the Munchkinland sequence, with one great song after another, had a sharpness and clarity I had not experienced before. My favorite heroic moment in the film, when the Scarecrow, the Tin Man, and the Lion march into the Wicked Witch’s castle to go to (so far as they knew) certain death to rescue Dorothy as the score grows (you know the moment – O-EE-O, EE-ORUM!) had me bouncing in my seat, ready to cheer. I think My Mary was very glad there were so few people in the theater for that matinee.

I wish I could’ve told you all about this while you still had a chance to experience it yourself but we very nearly didn’t make it. All I can say is – I’m glad we did. It took me over the rainbow and the experience was very much about the reason I still go out to the movies. As our Brit friends would say, it was Wizard!