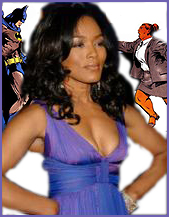 As the comics world knows, writer Peter David recently had a stroke. I’ve known Peter for a long time and I both respect and often envy his talent, skill and the breadth of his work. Peter has health insurance but there are plenty of bills that just won’t get covered and, as pointed out here on ComicMix, fans who want to show financial support can do so by purchasing his work at Crazy 8 Press. That’s incredibly easy; not only do your help Peter and his family but will probably get a damn fine read out of it at the same time. Like I said, Peter is a very talented writer.

Peter’s better prepared (as far as anyone can be prepared for something like this) than many in the field; he has health insurance and most other freelancers – including myself – don’t. It’s hard to get, and harder to afford, health insurance when you’re a freelancer. By it’s very nature, a freelancer’s life is precarious.

Take for example, job security. There isn’t any. Beyond your current contract (if you have one), there’s no guarantee you’ll have a job when it ends. You may be on a title for a long time, but that always ends. I had a “continuity contract” at one time with DC which guaranteed me so much work (and health insurance) within a given time frame, but that is long since gone. I don’t know if it’s offered any more. It was difficult for me to get a mortgage back when I bought my house (which I no longer own) and I dare say it’s tougher now if you’re a freelancer.

When you’re a freelancer, you only get paid for the work you actually do. There’s no sick pay, there’s no paid holidays, there’s no paid vacation. You sometimes get royalties ( or “participation” or whatever term a given company chooses to call it) and that’s nice. Amanda Waller’s “participation” in the Green Lantern movie sent me some nice bucks that were sorely needed at the time but that’s like finding an extra twenty in your jeans that you forgot you had. You never know when it’s coming and you can’t rely on it.

In some cases, you can’t even be sure you’ll get the check. The major companies are reliable but the smaller ones can be iffy. One company went into bankruptcy owing me thousands of dollars that I never saw. As I grow older, I continuously worry about getting work. For the past ten years I’ve done Star Wars comics over at Dark Horse but, with the sale of LucasFilm to Disney, that could change. (And, no, I don’t know any more about that than you do.) Will I be able to get other work? I’m going to be 64 this year and haven’t worked in an office for maybe 35 years. What office would hire me now?

When I was just out of college and aiming for a life in theater (another financially iffy occupation), my mother really wanted me to get a master’s degree in English. That way, I might be able to teach, have something to fall back on. My problem was – and is – that I know that if I had something to fall back on, I’d fall back on it. I had to work without a net, I felt, if I was going to make it at all.

Right now, it feels like I’m on the high trapeze and all the lights are out. At some point I’m going to have to let go of the bar and soar into the darkness and hope there’s another trapeze for me to grab. I have no pension, I have no life insurance or health insurance, I have no net.

This is not a pity plea. This is my life and I’ve chosen it. I’ve made my decisions and I live with them as best I can. I wish I had followed Peter’s example and branched out more into other media. I’m happy with some decisions I’ve made and regretful of others. That’s life.

What I’m doing is issuing a warning. There are many, many young writers and artists out there who want a career in comics. Very, very few can make a living off of it and, in many cases, that living only lasts a while. Some, like my fellow ComicMix columnist Marc Alan Fishman and his cohorts at Unshaven Comics, work day jobs while doing their comics work in their increasingly disappearing spare time. Once they’ve created the work, the Unshaven Comics crew also takes to the road, selling their comics at conventions. Ask them how tough that gets.

If you want to make comics a career, go for it. But you should understand what you’re getting into. I love my job and feel fortunate to have been able to do it for as long as I have. However, a freelancer’s life – whatever field – is precarious at best. It can be very scary.

If you want to try to make a living as a freelancer, just make sure you can deal with the idea of living without a net.