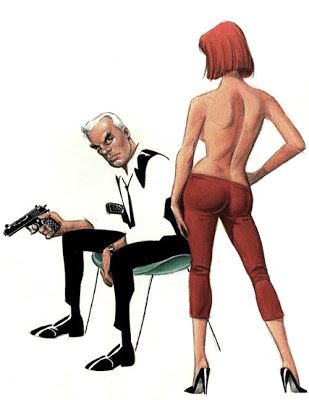 The Gravedigger: Hot Women and Cold Cash Facebook Page announced the return of the title character in 2013.

It’s official: GRAVEDIGGER, by Rick Burchett and Christopher Mills, is returning as a webcomic, probably in early February. We’ll be posting a page a week every Monday, starting with the original story, “The Scavengers” (which hasn’t been seen in years) and then serializing the new one… “The Predators.”

The launch date and url has not yet been released.
As soon as it goes live, all pulp will post the links.