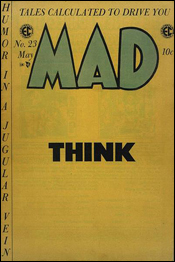 I don’t own a single Spider-Man comic. Wait, scratch that. I own some painted comic released in the mid-aughts… Secret War. Didn’t care for it.

That being said, I love Spider-Man. I loved his cartoon in the 90s. I loved the Sensational Spider-Man cartoon even more. I owned Maximum Carnage for the Super Nintendo. I played about 8000 hours worth of Spider-Man 2 for the original Xbox. So, with all the love I have for the character, why don’t I subscribe to a single web-headed book? Well, consider it a barrier to entry. Never found the right jumping on point.

Until now. Dan Slott’s upcoming in-book epic “Ends of the Earth” looks to be as good a point as ever to jump on. Given my recent love affair with the Fantastic Four… I figure why not roll the dice on the House of Mouse one more time. You see, deep down my love of the character stems from the fact that he’s generally been written to think his way out of problems – and that’s something I’m finding more and more keeps me reading comics.

“With great power comes great responsibility.” This we know. When I think of other classic (and current) comic book heroes… their books always come down to the best use of a super power. It’s akin to the ‘85 Bears victory in the Super Bowl: it’s all about brute strength. In Blackest Night? It was collection of rainbow raiders and a deus ex machina in the form of “It was Black Hand all along! Now shoot him!” In Fear Itself? Solved by a ton of punching, and Odin getting off his ass. Even in the non-epic books, I see too many stories solving their problems with mindless fighting, and sheer force-of yelling. Hell, Avengers Vs. X-Men is essentially based on that entire 13-year-old wet dream of a concept. And frankly… it’s really old hat.

When I was first getting into comics, no doubt it was all about the fighting, and punching, and super powers. A grand excuse for violence and gratuitous action sequences. And the books at that time gave in to the gluttony. Spawn was belched out of the machine that demanded insane amounts of gore, and detail, and splash pages… And the reason why his stock (and its four-barreled-thigh-pouch kin) sits somewhere a thimble above “wait, that’s still a thing?” is because the book never grasped for more than a climax built on banality.

When a movie, a book, even a song reaches for the middle, our brains turn off. The reason why Karate Kid is better than Sidekicks (aside from the obvious….)? Because Danny Larusso defeats Johnny with his mind more than his body. Yes it was about perseverance, but I contest that it was that moment when he realized the crane kick could win him the match… we as an audience collectively feel like the win is earned. It’s the reason why Batman is always better than Superman. Because nine times out of ten, Batman saves the day because he figures a way out to do so. Superman, nine times out of ten, uses one of his 1,000,000 powers.

I recently reviewed Blue Beetle #6 over on MichaelDavisWorld. In said review I was elated by the book’s choice to have their azure-hued bug boy save the day not by commanding his alien armor to make a bigger-better-bug-zapper… but by out thinking his opponent. The whole reason I’m looking forward to this Sinister Six arc in Spider-Man is because my first thought is “in this modern take on Spidey, how is he going to think his way out of being pummeled by sextet of sinister sleeze-bags?” Don’t get me wrong, I want to see plenty of quips, punches, web-shooty-balls-of-justice, and kicks-to-the-mush – I just want the day to be saved by Peter Parker’s greatest power… his mind.

In comics, we build up an antagonist – an alien race, a long lost angry god, a crazy man with a gun and a diaper – and pit our titular heroes in combat with them. Whether the Avengers are fighting the Kree, the Skrulls, Ultron, Enron, or the X-Men… only those with a short attention span and a “most-posted” badge on a message board are truly salivating on just the outcome of a fight. As a reader, I genuinely feel like the best stories give us an arc that introduces us to something we didn’t think of in the first place. When the only thing that stands in the way of a happy ending is a well placed punch we end up with Michael Bay’s Transformers… pretty to look at, and not much else.

That being said, I’m going to go look at my script for the Samurnauts. My original page of notes for the climax literally says “use some mega-super move… lots of photoshoppery.” Looks like I better get thinking…