A Dummy’s Guide to Greek Heroes

One brave warrior, touched by the gods, must overcome all odds to save mankind from a merciless and powerful tyrant when IMMORTALS comes to Blu-ray and DVD on March 6th from Twentieth Century Fox Home Entertainment. Directed by visionary filmmaker Tarsem Singh (The Cell, The Fall) and written by Charles Parlapanides and Vlas Parlapanides, the home entertainment release is chock-full of must-see bonus features including an alternate beginning, two alternate endings, deleted scenes and an amazing graphic novel, creating the ultimate viewing experience.

From the producers of 300, Mark Canton, Gianni Nunnari, and Relativity’s CEO Ryan Kavanaugh, IMMORTALS explodes off the screen with action-packed battles, mythological adventure and an all-star cast including: Henry Cavill (Superman: Man of Steel), Luke Evans (Robin Hood), Kellan Lutz (Twilight), Isabel Lucas (Transformers: Revenge of the Fallen), Freida Pinto (Slumdog Millionaire), Stephen Dorff (Public Enemies), John Hurt (Hellboy) and Mickey Rourke (Iron Man 2). In this epic tale of vengeance and destiny, power-mad King Hyperion (Rourke) threatens to destroy all of humanity on his maniacal quest to obtain the ultimate weapon – the legendary Epirus Bow that gives the power to unleash war on both Heaven and Earth.  But Theseus (Cavill), a heroic young villager chosen by the gods, rises up to stop Hyperion’s brutal rampage.  With supernatural help from the beautiful oracle Phaedra (Pinto), Theseus embraces his destiny and leads a fierce band of warriors in a desperate fight for the future of mankind. 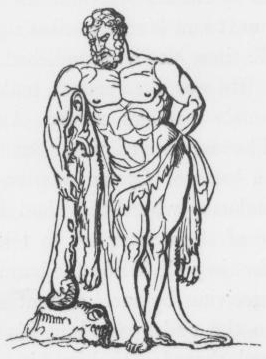 The story for Immortals centers on the heroism of Theseus, a mortal man chosen by Zeus to lead the fight against the evil King Hyperion.  In celebration of the release of IMMORTALS on 3D Blu-ray Combo Pack, Blu-ray Triple Play and DVD on March 6, we will revisit other heroes in Greek mythology that you may (or may not) be familiar with, including Hercules and Odysseus, among others.

According to Greek mythology, Hercules is the son of the Zeus, the King of all the Gods, and Alcmene, a mortal woman, thereby making him a mortal God.  The goddess Hera, Zeus’ wife, hated Hercules because Hercules’ birth was out of Zeus’ infidelity to her.  Much of Hercules’ adventures have been written about but none as much as the Labors of Hercules, which vary in number depending on the source.  Hercules was sent on these labors by the Oracle of Delphi to make amends over killing his wife and children during a fit of madness sent by Hera. 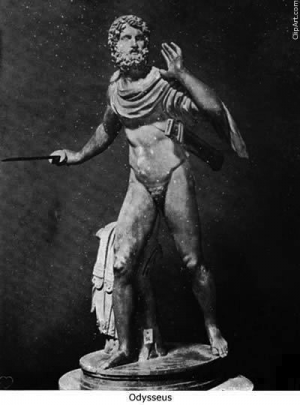 Odysseus is the Greek king of Ithaca and the hero of Homer’s epic poem the Odyssey and Iliad.  Odysseus was best known for successfully leading the Greeks into victory against the Trojans with his idea of the Trojan Horse, which is depicted in the Iliad.  The Odyssey tells the story of his ten-year journey to get home to Ithaca post the Trojan War to reclaim his place as the rightful king.  The epic describes his adventures, including his encounters with Calypso, the Sirens and the six-headed monster Scylla, amongst others. 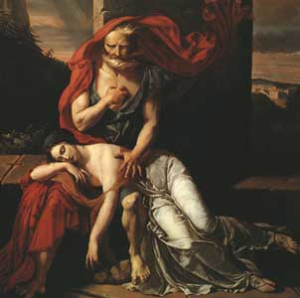 Oedipus was the Greek king of Thebes, best known for fulfilling a prophecy that said he would kill his father and marry his mother, bringing disaster to his family and his city.  The myth is the basis of neurologist Sigmund Freud’s theory, the Oedipus complex, which states the desire of a male child’s exclusive love for his mother, thereby stemming jealousy towards the father. 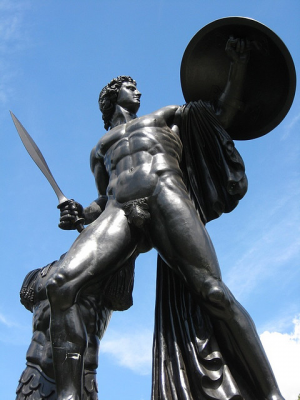 Achilles was a Greek hero of the Trojan War and was a central character in Homer’s Iliad.  He was said to be a great warrior whose only vulnerability physically was his heel, which ultimately lead to his death when his heel was struck by an arrow during battle.  Because of that, the term Achille’s heel has come to mean a person’s primary weakness. 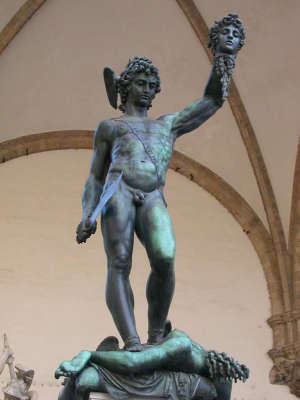 Perseus was a son of Zeus and was known in Greek mythology for the different monsters he defeated, including beheading Medusa, the snake-haired maiden who turned those who looked her in the eyes into stone.  He married Andromeda, a princess who had been punished by Poseidon for her mother’s bragging that her daughter was more beautiful than the Nereids.    Perseus saved her imminent death by rescuing her from a rock that she was chained to as a sacrifice to a sea monster.