MINDY NEWELL: How I Became A Comics Professional…

…or how the fuck did that happen? Part One

So how did I get into comics?

I wasn’t going to write about this because the last column was all about me, and I don’t want you all thinking that “it’s all about her,” because it’s not, really, but I just reread my first column, and I did promise you, so…

I wish I could tell you that I always knew I wanted to be a comics writer, and that I was encouraged by my high school teachers and then went to university and majored in English with a minor in writing, or that I was a “convention-ho” and showed sample after sample after sample of my writing to every editor who didn’t make a beeline for the bathroom when they saw me coming. Or that I’m related to someone in the comics world, and hey, a little bit of nepotism doesn’t hurt. (Let’s get real, here, right?)

Once upon a time –1983 – I was working in the OR at a “great metropolitan hospital of a major American city.” It was an ordinary day, with no hint of things to come. Lunchtime came, and, not having anything to read while I ate, I went down to the hospitality shop, thinking I would pick up a magazine or maybe a paperback. None of the magazines or books was really catching my interest, when out of the corner of my left eye I noticed a rack.

A rack of comic books! 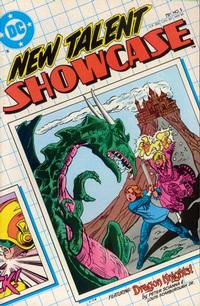 Spider-Man. Action. Thor. Superman. Green Lantern. Fantastic Four. Daredevil. The Legion Of Super-Heroes. And more. I mean, it was a veritable cornucopia of all my old favorites! (Yep, I was one of those weirdo girls who devoured super-hero comics back in the days when the prevailing wisdom was girls only read Nancy Drew and maybe an occasional Betty And Veronica.) I couldn’t believe it. Why hadn’t I ever noticed them before?

I scooped them all up, and went back upstairs. I was really excited as I sat down and tried to decide which one to read first. I had just decided on Green Lantern when one of my co-workers tapped me on my shoulder and said, “Hey, can I read Green Lantern?” And before I knew it, everybody in the staff lounge – nurses, X-ray technicians, surgeons, orderlies, aides – were grabbing all my comics! “Where’d you get these, Min?” “Man, I haven’t read a comic in years! This is great!” “You don’t mind if I take this Spider-Man, do you?” Grabbing all of my comics before I can say no, which I wouldn’t, ‘cause everybody knows I’m a softie.  And I’m left staring at my PB&J on rye with nothing to read except an old New York Daily News from three days ago. sigh

But I did make sure I got them back before I went home, and that night I tucked myself into bed and read and read into the wee small hours of the morning. (Good thing it was a Friday and I was off that weekend.)

So Sunday rolls around and it’s a rainy, dank, cold, absolutely miserable day. My daughter is out with the grandparents, I’ve read the Sunday New York Times and finished the crossword puzzle, it’s not football season so there’s no game to watch, and there’s not one good movie on the television. I don’t need to go food shopping. And I’ve walked my dog, who’s now sleeping as only a dog can do on my couch. Which technically she’s not supposed to be on, but she knows I’m a softie and won’t wake her.

And then – maybe it was the hand of God or Dr. Fate, or maybe it was just being bored out my mind – I go into my bedroom, and rummage through the pile of comics on the floor next to my bed, and pull out Action Comics. I turn to the editorial column by the editor-in-chief, the late, dearly loved and missed, great and talented Dick Giordano – and reread the bit about DC Comics’ new New Talent Program.

The rules are, you can’t use any of DC’s characters, i.e., you have to make up your own. Don’t write a whole story, just a synopsis with brief bios of the main character(s). Think outside the box. And good luck!

I find some typewriting paper in a drawer. I pull my old portable manual out from underneath my bed, where it has been collecting dust bunnies for I-can’t-remember-how-long. I get a paper towel and some Windex and wipe off the keys. I pray that the ribbon is still good. I roll the paper in. Set the margins.

Next week: Part 2 of How The Fuck Did That Happen?