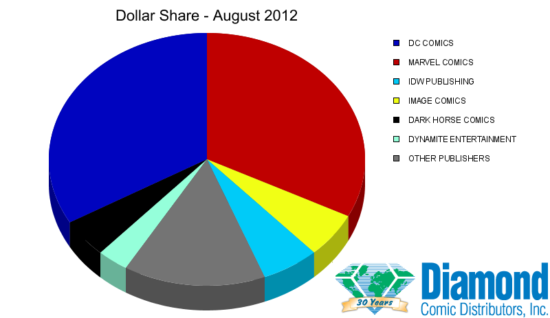 Avengers Vs. X-Men #9 from Marvel Comics, the best-selling comic book to specialty retailers in August 2012, according to information provided by Diamond Comic Distributors, the world’s largest distributor of comics, graphic novels, and pop culture merchandise.

For the second month in a row, Geoff Johns and Gary Franks’ [[[Batman: Earth One]]], the original graphic novel that reimagines the early days of Batman, was the best-selling graphic novel to retailers. 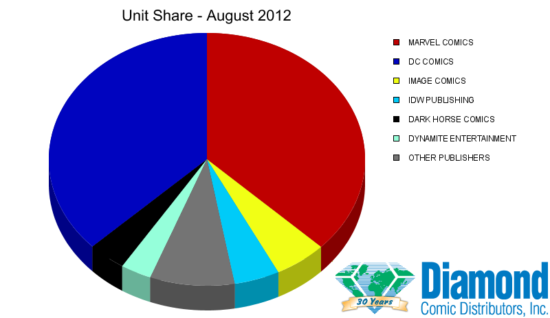 Unit and dollars sales are calculated based upon orders invoiced and shipped to Diamond accounts during any given month, which comprises initial pre-orders, advance reorders, and reorders, minus any copies that are received back from a title marked as returnable.

Please note that comics marked with an asterisk have had their reported quantities reduced due to retailer returnability, and thus may rank lower on the charts than their actual sales would reflect.