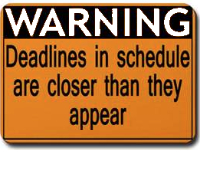 Originally I had written something entirely different. I thought it was brilliant. Some of my best writing ever. Then I thought again. Then I spiked it. The piece was… inappropriate. This contradicts one of my personal commandments: thou shalt not edit thyself. Worse still, I’m now so late our ace peefrooter won’t have time to peefroot this. So there are likely to be all kinds of stupid mistakes here.

That’s the biggest hassle in the world of publishing – print, online, or metaphorical. The Dreaded Deadline Doom. I think Stan Lee coined that phrase, maybe Roy Thomas. Whomever. It’s as brilliant as it is accurate. The closer we get to an unmet deadline, the closer we get to tipping over one of those dominos left over from the Vietnam War. There’s a process in producing comics. This process is not written in stone, but it’s based upon two premises that most certainly are: 1) unlike movies, comics is a sequentially collaborative process and there is stuff that happens to a person’s work after it is delivered. If the writer is late, the penciler is squeezed. If the penciler is late, the inker is squeezed… and so on down the food chain.

It all winds up in the production bullpen, and those folks are always squeezed. Just ask ComicMix’s crack production director, Glenn Hauman. He’s been squeezed so hard for so long – he started out in DC’s production department at least a dozen reboots ago – he is often confused for an accordion.

But that’s not just the last place in the chain… it’s also the last place you want to squeeze. Those are the unsung heroes that quietly fix everybody else’s mistakes after the editor painstakingly marks them up. Of course, if the editor is squeezed, more mistakes happen. Making a mistake about correcting a mistake doesn’t balance the situation and you can never predict what’s going to go wrong.

Time is not a cure. Time is a death threat.

As an editor, I never give talent phony deadlines. When we start working, I tell folks I deal the cards face up and the deadlines I give are the real deal. Most writers and artists with any experience do not believe me.

This is not just a plea for efficiency. It’s a matter of respect. I respect the talent to do their job in a professional manner, and everybody should respect their fellow collaborators – including those at the end of the process, the color artist and the production artists.

Deadlines are not set in order to annoy the talent. I realize there’s some confusion on that point, because real editors enjoy annoying the talent – it’s our escape valve from the Dreaded Deadline Doom. You shouldn’t have to be Otis Redding to understand respect.

A follow-up to Michael Davis’ column , posted in this space yesterday afternoon.