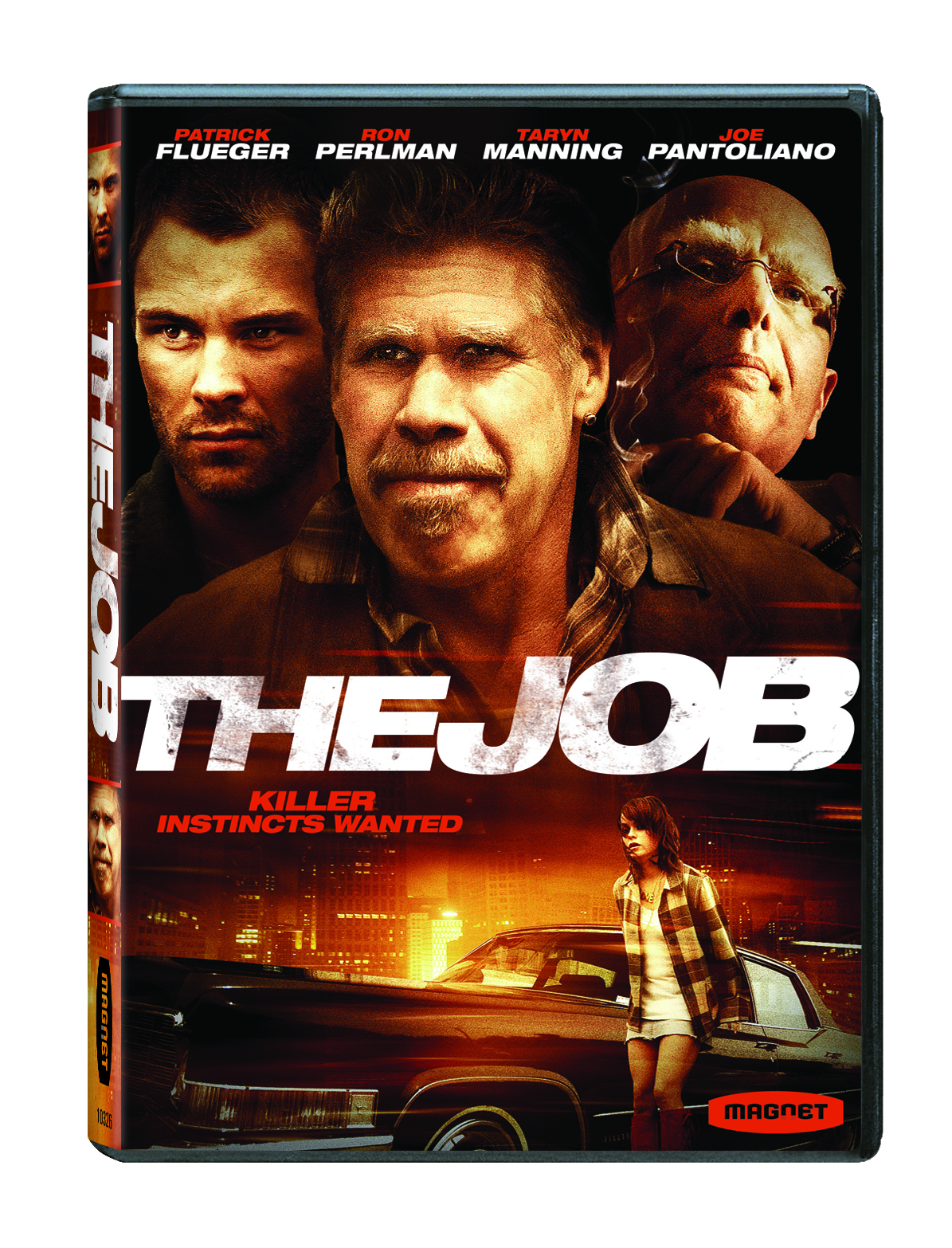 How desperate does a man get before he agrees to do the unthinkable? How low must you fall before you allow yourself to get caught up in something immoral, illegal, and just plain dangerous?

These themes are barely touched on as we encounter Bubba (Patrick Flueger), a jobless, down on his luck guy in a nameless small city in the low budget dark film [[[The Job]]]. Based on a 1998 stage play by Shem Bitterman, who went on to script and direct this adaptation, the story is a slow act of seduction.

While sitting in the coffee shop where his long-time love Joy (Taryn Manning) works as a waitress, he is befriended by a drifting salesman named Perriman (Ron Perlman), who gives him a job lead. That begins the long, torturous descent from just plain lost to lost, confused, and crossing the line between good and evil.

The film, out today on DVD from Magnolia Home Entertainment, is far from engaging despite the interesting set-up and situations. None of the characters feel real or are fleshed out in a way that makes you believe they are willing to commit the acts that punctuates the rest of the film. The oddly named Bubba lets himself be talked into killing by Joe Pantoliano, in an understated role. When he decides he can’t go through with it, despite the promise of $200,000, Perriman agrees to help for half and that’s when things stop making sense and spiral out of control.

Bitterman gives oddness in lieu of clarity and twists that make little dramatic sense. Yes, setting things up so that Bubba is forced to do what he couldn’t bring himself to do is interesting but then the payoff goes from barely believable to illogical and badly constructed. Coupled with mediocre acting and lightly sketched characters, the entire movie becomes a 99 minute dreary experience.

The Alternate Ending and perfunctory Making Of featurette round out the DVD. Be warned, just watching this from beginning to end is job enough.