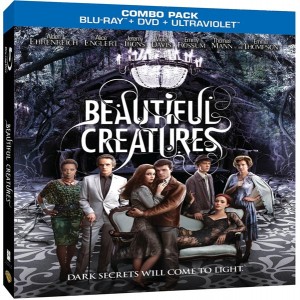 In the wake of Star Wars’ massive and surprisingly success, studios went looking for the next Star Wars. We’ve seen this cycle again and again, which has led to some good things (the revival of Star Trek in 1979) and some bad (the original Battlestar Galactica). In the wake of Stephanie Meyer’s perplexingly popular Twilight, publishers and film studios alike have been demanding the next Twilight. Hungry authors have been more than happy to fill the order with way too many urban fantasies reading like made-to-order hash. What everyone loses sight of is that Star Wars and Twilight each staked out territory that had not been overly mined in the period before their arrival. So, what makes any of the imitators succeed is how well executed it is and how much the formula is given fresh ingredients to keep it from feeling like warmed up leftovers.

In 2009, authors Kami Garcia and Margaret Stohl admittedly tried to cash in on the craze and came up with Beautiful Creatures, which turned the formula on its head and eschewed vampires and werewolves for witches with a dash of legacy tossed in. The book also worked because they brought a level of craft to the writing with some terrific first-person narration and characterization that brought the world to life. It was popular enough to earn sequels comprising the four volume Caster Chronicles.

Warner Bros., eager to find a franchise of its own to rival Twilight and replace the failed Golden Compass, snapped this up and released the filmed adaptation in February. It met with mediocre reviews and ho hum box office, dooming prospects for sequels. The movie is out tomorrow from Warner Home Video in their combo pack (Blu-ray, DVD, Ultraviolet). 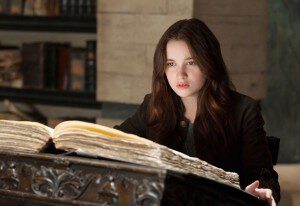 The basic story remains the same and the film itself is not bad, but fails to properly capture the tone of the book. Considering this was written and directed by Richard LaGravenese this is surprising given how engaging his Fisher King script was and his previous experience with fantasy, writing the screenplay for The Voyage of the Dawn Traeder.

Wisely, he cast the film with relative unknowns in the lead and surrounded them with veteran presences who were not such Big Names that they overwhelmed the film’s focal point. Alden Ehrenrich and Alice Englert look and act like teens, characters trapped in their surroundings, one trying to get out, the other to fit in. Gatlin, South Carolina is like many other small towns so the newcomer, Alice’s Lena, is immediately the subject of gossip and made to feel unwelcome. All Alden’s Ethan wants is to graduate and say goodbye to his hometown. However, he’s also been plagued with nightmares featuring a girl, who now looks remarkably like Lena. 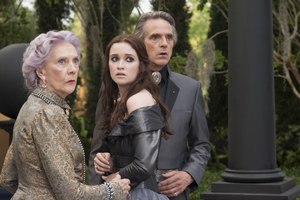 Ethan wants to get to know the newcomer, trying to figure out their obvious connection but is thwarted by her father Macon Ravenwood (Jeremy Irons), Mavis (Emma Thompson) and cousin Ridley (Emmy Rossum). The creepy family turns out to be one of Casters (as in spellcasters or witches and warlocks) each trying to influence Lena who is reaching the point where she decides if she wants to be a Good Witch or a Bad Witch.

That the Duchannes clan uses magic sets up some interesting themes about magic and religion, faith and love, but it’s all on the surface. The classmates think the family comes from the local Hellmouth and everyone takes sides, with no one straddling a middle ground, robbing the film of a chance to, ahem, stake out some fresh storytelling territory. 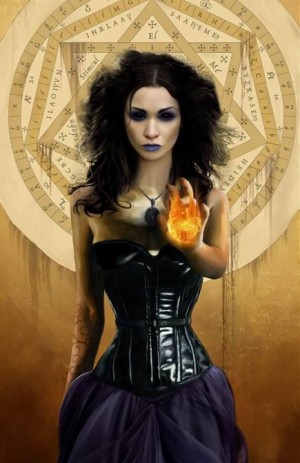 The novel explores the relationships far better than the film, which is a shame given the rich cast, who largely go wasted. Thompson’s Sarafine (where do they find these odd names?) arrives some 45 minutes into the story and does little while Rossum is deliciously sly and sexy but has nowhere near enough screen time. Then there’s poor Viola Davis who is bookkeeper to Ethan’s family and a secret caster librarian. Such potential. Such a waste.

The video transfer is serviceable although unspectacular and the sound is perfectly fine so this makes for a satisfying home viewing experience. For something intended as the beginning of a new franchise, one would have hoped for more interesting assortment of bonus features but much as the book was made to order, so are these featurettes.

“Book to Screen” (3:58) briefly covers the adaptation process and I wanted to hear more from LaGravenese about the choices he made; “The Casters” (3:22) is another too brief chat with the lead teens and their thoughts on the characters; “Between Two Worlds” (4:17) uses the rest of the cast in similar conversation; “Alternate Worlds” (5:17) gives us a look at the special effects; “Designing the Costumes” (3:51); and, four deleted scenes (8:10), none of which are missed. You also get the theatrical trailers which imply the film is broader than it actually turns out to be.