Review: ‘Doctor Who: The Complete Specials’ 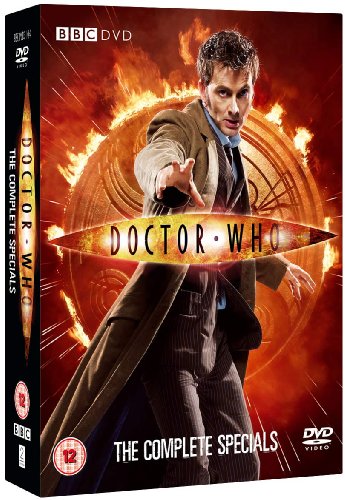 made Scottish actor David Tennant a big star while Tennant helped take the new incarnation of the venerable British series to greater success after relaunching with Christopher Eccleston. In many ways, they needed one another so when Tennant received numerous other acting opportunities, his schedule grew complicated. Then, as was inevitable, he announced he was moving on.

Series producer Russell T. Davies oversaw the revival and helped successfully spinoff [[[Torchwood]]] and the [[[[Sarah Jane Adventures]]]. But even he announced the time had come for new challenges so it was decreed that in 2009, there would not be a new season, but instead there would be four specials scattered throughout the year.

Now that the TARDIS has been officially handed over to Matt Smith, who will headline a new season this spring, BBC Video has collected the specials in a lovely box set, going on sale Tuesday. Included is 2008’s Christmas special [[[The Next Doctor]]] along with [[[Planet of the Dead]]], [[[The Waters of Mars]]], and the [[[End of Time Parts One and Two]]].  The five disc set also comes complete with all the [[[Doctor Who Confidential]]],[[[ Doctor Who at the Proms]]], Deleted Scenes and other featurettes.

Reviewing this as a piece, we see that the Doctor is solitary creature and is a cranky one at that. He needs a companion, someone to anchor him to humanity and remind him of the mortal stakes that sometimes might slip a Time Lord’s mind. Sure, he takes delight in new places and situations, but when the tension rises, without a trusted ally, he is less than his best.

Davies had a finite number of shows to work with and seeded the changing of the guard by mentioning the four knocks early on but unlike the Bad Wolf business, these are far more disconnected than one would have expected. Spoilers ahead… 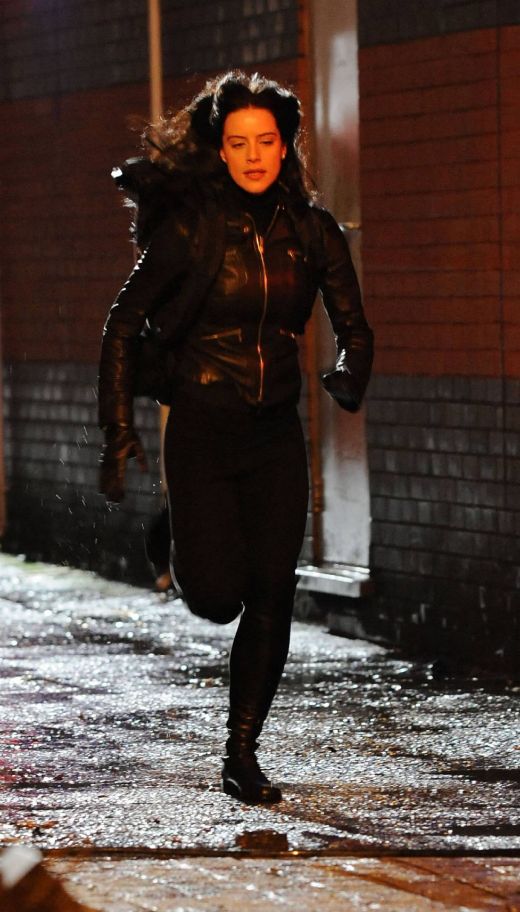 We open with [[[The Next Doctor]]] and David Morrissey as a nineteenth century bloke who thinks he’s actually the Doctor. I reviewed this when it came out as a separate DVD and just note that it was an interesting but flawed Christmas tale.

The best of the lot in many ways was Planet of the Dead since
the threat was fresh and he was wonderfully paired with Michelle Ryan
who played Lady Christina de Souza, a jewel thief who enjoyed her work.
There was genuine chemistry between the two and I would have been
perfectly fine had she been his next long-term companion. While the
alien threat felt fairly typical, the over tension sustained throughout
the tale works quite well.

Perhaps the best realized story, though, was The Waters of Mars
which was outright creepy and gave the Doctor some moral quandaries to
deal with. I wholeheartedly disagree with those who list Lindsay
Duncan’s Adelaide Brooke as a companion. She was a foil and a victim
and someone he couldn’t resist dealing with given her historic
importance. It has been a while since the Doctor was confronted with an
immutable moment in time which forced his hand when things go awry. The
two actors challenged one another and Duncan’s performance nicely
grounds the creepy story. Her last moments prove haunting.

Still, by the final two-parter, the Doctor seems none the worse for the
experience and is primed for the return of the Master. With two hours,
more or less, to work with, writers Davies and an uncredited Steven
Moffat needed a major foe, a big threat, and a chance for Tennant to
say goodbye before regenerating into Matt Smith. And while it’s a
delight to see him palling around with Wilf (Bernard Cribbins), it just
lacked that special insight into the Doctor or his situation. Sure we
see him pout over not being able to wave to Donna but it just wasn’t
enough. Similarly, the convoluted link between the death of the Time
Lords at end of their war with the Daleks and their potential
resurrection through the Master is a mess. Had this been about them and
Timothy Dalton’s scenery chewing leader, and the Doctor being a key
player in the war then it would have been a far stronger story. 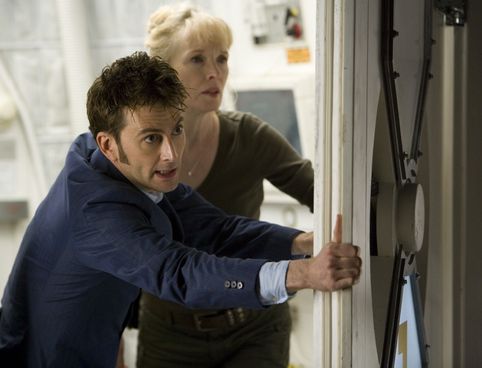 When the Master comes back, we know its going to be bad and it was but
it just lacked the same End of Reality feeling his previous appearance
had. Instead, the story ends with a flash and then Tennant is given
time for a prolonged victory lap, letting the Doctor (and the audience)
see the series regulars one more time. As a geek, I’ll take all the
Martha, Mickey, Sarah Jane, Rose, and Captain Jack they dish out, but
it just felt tacked on.

Still and all, the specials were nice but not great. Together, they certainly are nice to have.

The extras give you everything you could want in terms of behind the
scenes. For me, the Proms concert is an utter delight and well worth
watching. Tennant’s video diaries shot during most of these specials
are also a true glimpse into his heart and mind as he prepared to walk
away from the role that changed his life. Watching it, though, you get
the feeling shooting the two-parter was it for his performance. Nary a
word is said about his going on to actually shooting his two-part guest
shot on Sarah Jane as his last Doctor work (and wouldn’t those
have been nice to include here). The Doctor Who at Comic-Con gives
those of us who couldn’t get in a chance to see some of the fun.

Handsomely packaged and chockfull of goodies, this final Tennant collection is a solid addition to your library. Please note, each special will also be available separately, all released on Tuesday as well.