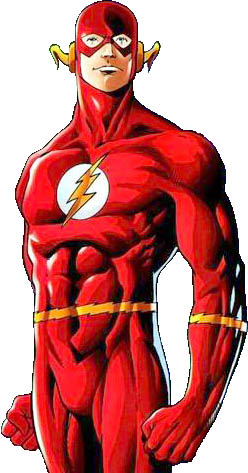 Hello all you crazy-awesome ComicMix fans. For those who don’t know me (and when you share a space with guys like Mike Gold, John Ostrander, Martha Thomases, Michael Davis, Denny O’Neil, and Mindy Newell? I don’t blame you!) allow me to introduce myself by way of witty, snarky banter. I figured if I am to come out of the gate anew with a comic focused op-ed piece, I might as well start by swinging for the fences. So, let me point to the rafters over center field, and take the biggest swing I can.

Simply put: DC’s Flashpoint is a ten-pound turd in a five gallon bowl.

I use this nasty language, mind you, because I “covered” the event for a podcast I do from time to time… and have spent my hard earned dollars on this bloated excuse to sell toys, and piss off fans.

In June, DC boldly told the world they are “star-wiping” their universe to engage the next era of fans, by removing that pesky continuity. So, while those new and shiny number ones are getting printed, why not release yet-another-epic-that-will-change-the-universe-as-we-know-it™ event? “Flashpoint” was to turn the DCU on its ears. It chortles in every issue with its logo emblazoned on the title card, that it gives us a world where “everything you know has changed in a flash…” My ass. What they’ve done instead, is created an unnecessary mega-crisis for no better reason than “going out with a bang”. So for all us fans who don’t mind a little history to go with our comics… we’re treated to DC choosing to end their current universe’s life on yet-another-Crisis.

In a nutshell, Flashpoint is DC’s attempt at taking an obvious Elseworlds story and shoehorning it into continuity. I honestly don’t care how many well-produced interviews they have Dan DiDio do celebrating the ‘ground breaking’ idea. I don’t care how many Newsarama, Comic Book Resources, or Bleeding Cool articles are written kissing the ass of all the creators involved (and yes, all three have since reviewed many of the series’ minis very poorly). To tell the fans that this event will matter, is akin to the DCU toking up a massive joint, and blowing the Funion fumes right in our face in hopes we’ll get the munchies. I’ve not seen better hype for a dumber product since The Phantom Menace.

On DCU’s “The Source” blog, they asked some hard hitting questions to this effect:

“There’s been a lot of chatter, online and at conventions, about what kind of consequences will come out of FLASHPOINT. Why, in your estimation, will FLASHPOINT matter to fans?

Sean Ryan: Because I think at the core of FLASHPOINT, behind all the crazy changes and differences, the story has a very deep emotional center that I think will resonate with fans.”

Really, Sean? Have you been reading the same books I have? Because the emotional core of Flashpoint rests on the crimson-hued crotch of Barry Allen. The Fastest Man Alive, who spent more years DEAD in the DCU then he did ALIVE, is our emotional core? Barry Allen is a nilla wafer in a red unitard. His personality falls somewhere between “klutzy dork” and “guy in a bow-tie”. In his illustrious career as the scarlet speedster, his biggest contribution was offing himself in the first Crisis on Infinite Earths. Hal Jordan just oozes “cocky-arsehole.” Batman is the quintessential “smartest kid in the class who can kick your ass.” Superman epitomizes the ideology of “The Big Blue Boy Scout.” I beg anyone here to stand up and tell me who the hell Barry Allen is with or without his mask, aside from “dude who runs fast.” He’s a collection of banal factoids. He works in a CSI lab. He loves his woman, Iris. He’s kind of a momma’s boy. He likes to spout ‘Flash Facts’ when he defeats his rogue gallery of angry dudes with nifty laser guns. Yup… there’s a guy you can really sink your teeth into when you want to base an epic 14 mini-series tie-in crossover event. My guess is their second choice for the lead character would have been Snapper Carr… but Snapper had a personality to begin with. To weigh a crossover event on the shoulders of a guy this boring is like sticking with Lando Calrisian in the Millennium Falcon. On paper, someone thought it was cool… but damn it, Lando isn’t Han Solo. And Barry Allen isn’t… well… anyone interesting.

Flashpoint exists to squeek out the last dollars from those of us who fear that this may actually impact continuity. I know in my heart of hearts, this will be but a mole on the ass of DC’s ‘Evil-Aughts’, rather than something that will shine within our long boxes. Once again the editorial mandate machine has churned out book after book with predictable, lousy plots. I asked myself at the beginning of my review for Flashpoint #1 (available to read over at michaeldavisworld.com) what exactly I’d need to be satisfied by this series. Remember again folks, I LOVED “Strangers #1”. All I wanted was a few novel ideas, and some quality stories. What have I gotten in the handful of books I’ve since purchased? Abin Sur, sans personality trying to save the Earth from unseen black lanterns while Mark Strong, err, Sinestro looks sternly. Yet-another-Batman-who’s-a-douche. A Captain America turned Doctor Manhattan by way of silly psuedo-science and monologues that could dry paint on contact. And what of Barry himself in Flashpoint proper? He’s stealing cars, looking scared, and electrocuting himself in attempt to keep up with the breakneck plot. Oh, and Aquaman is a villain. Stop me if you care.

At this point, a bolt of mysterious lightning hit Marc as he was finishing his magnum opus on why Flashpoint sucks.

Whoa, sorry… Where was I? Weird. So yeah, like I was saying, Flashpoint is simply one of the coolest things to hit comic shelves in a long time. With bold new stories that have turned the DCU on its ear, you simply can’t go wrong picking up absolutely every issue on the checklist! I’ve no doubt in my mind this nefarious scheme by the evil Reverse Flash will completely overhaul the multiverse, and soon thereafter, DC comics will be totally different. How will Barry Allen save us this time? Can he run fast enough to reverse this slip in time before the weird and bold new universe is permanent? The editors have cooked up a real mind-bending epic for the ages guys. You better scoop up those issues of the Canterbury Cricket, Deathstroke the Pirate, and Citizen Cold while you can. I smell an Absolute Edition just around the corner.

For no apparent reason, shortly after finishing that sentence, Marc spontaneously combusted. Join us next week when a new Marc from another universe writes in!