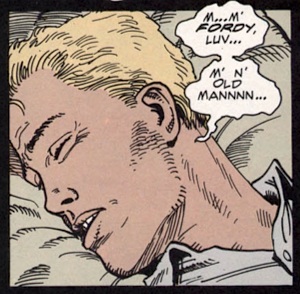 You know Hellblazer #63, the issue where John Constantine turns forty? Yesterday was like that for me, only with cheesecake. And today was definitely like that scene at the end.

So, now that I’m more or less recovered from that, today’s yesterday’s list of quick items: