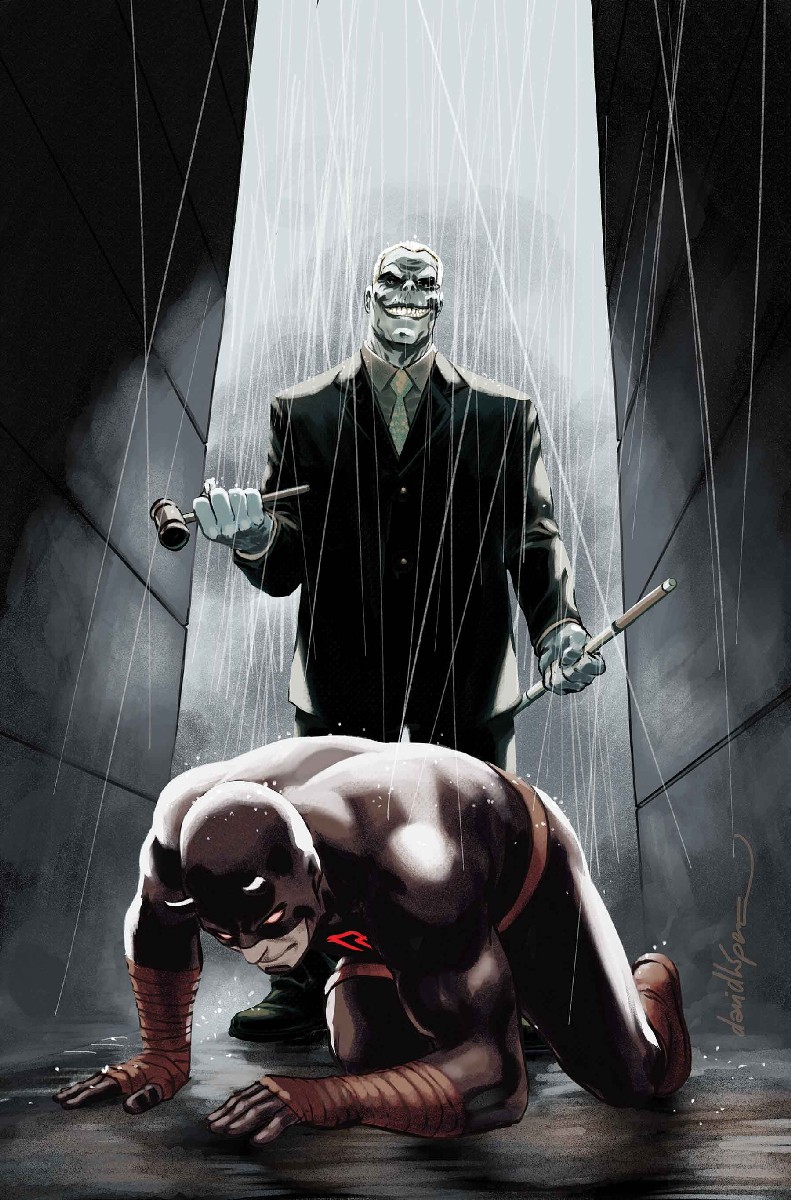 The Lord giveth and the Lord taketh away. Sometimes. And sometimes it’s a bunch of old people in robes.

Matt Murdock won a big victory in the New York Supreme Court. He convinced the judge presiding over the trial of Simon Slugansky to allow Daredevil to testify while still masked and without revealing his secret identity. He won a second big victory in the Appellate Division of the Supreme Court, when it upheld Slugansky’s conviction. Then he lost it all when the Court of Appeals, the highest court in New York, reversed Slugansky’s conviction 4-3. We didn’t see the actual ruling in the story, but I’ll assume it ruled masked super-heroes could not testify without revealing their masked identities.

Now you may be wondering how could that happen? No, not how could Matt have lost in the Court of Appeals. I spent the last two columns telling you why Matt should never have won in the Supreme Court, let alone prevailing in a court of appeals. You’re wondering how the Court of Appeals could be the highest court in New York and the Supreme Court could be the lowest.

The answer is simple. That’s how New York chose to name its courts. The Supreme Court is the trial court in the superior courts, the Appellate Division is the first level of appellate court, and the Court of Appeals is the highest court.

Except those of us who are married know that God isn’t the highest. That would be Mrs. God. So, if the supreme being isn’t the highest being, maybe a supreme court doesn’t have to be the highest court. New York took advantage of that little loophole and decided to give its appellate courts skewed appellations.

Is this the end of Matt’s plan to allow masked super heroes to testify while masked? If I were to tell you that Daredevil vol 5 #24 was only the fourth part of the “Supreme” storyline and that a five-part story would fill out a nice trade paperback collection much better than a four-part story would, would that answer your question?

Of course it’s not the end.

Matt decided to appeal the Court of Appeals opinion to the United States Supreme Court by filing a petition for a writ of certiorari. A writ of Certs and Dory? What’s that?

A petition for a writ of certiorari is a legal pleading filed with the United States Supreme Court which asks the court grant certiorari over the case so it can accept jurisdiction and rule on its merits. It’s how most case are appealed to the US Supreme Court.

There was just one little hitch in Matt’s plan; his boss. Manhattan District Attorney Ben Hochberg had all the backbone of cream of mushroom soup without the mushrooms and was reluctant to appeal.

According to Hochberg, the case was a, “spectacle” that would “reflect[] on [his] office. If Matt were to lose in the Supreme Court, “you’ll look like a maniac, tilting at windmills. It’ll end your career.”

To his credit, Ben did let Matt appeal. Reluctantly, and with some crippling restrictions. “I won’t stop you – it’s still your case – but you’re on your own. D.A. resources and personnel are off-limits.” Which, of course, they can’t be.

Ben was wrong when he said it’s Matt’s case. It isn’t. It’s Ben’s case. Matt isn’t a party to the case. The parties are Simon Slugansky as defendant and the state of New York as the Plaintiff. As New York isn’t an actual person, it can’t actually appear in court. Yes, most courtroom doors are double wide, but you still can’t get an entire state through them.

The issue ends with Matt Murdoch persuading his former law partner, Foggy Nelson, to help him prepare the writ, but without any mention of whether they actually get the case before the Supreme Court. What do you think, will they get there?

Before you answer, remember this: earlier I said this was only part four of the “Supreme” storyline and that trade paperbacks work much better with five- or six-part stories. That means it’s very likely that Daredevil vol 5. #26 will be “Supreme” part five, and if Matt and Foggy don’t get their case in front of the Supreme Court, what are they going to fill the issue with? The Three Stooges’ “Disorder in the Court?”