Mindy Newell: It Was Twenty Years Ago Today… 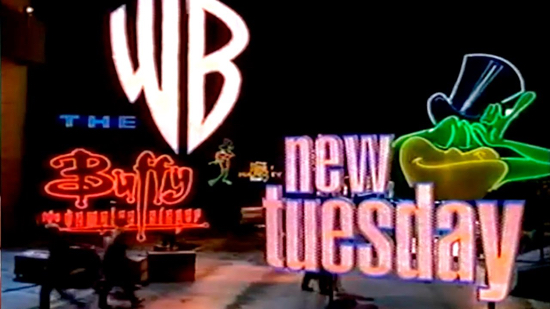 “Buffy the Vampire Slayer showed the whole world, and an entire sprawling industry, that writing monsters and demons and end-of-the world is not hack-work, it can challenge the best. Joss Whedon raised the bar for every writer – not just genre/niche writers, but every single one of us.” – Russell T. Davies, producer, writer, showrunner, Doctor Who

Oops. Sorry. Got carried away there for a moment and started grooving to one of the most groundbreaking albums ever – and anyway, that album came out way more than twenty years (and 23 days) ago today. But it was twenty years (and 23 days) ago today, on March 10, 1997, that another groundbreaking event in pop culture occurred: the premiere of Buffy the Vampire Slayer on the fledgling WB network.

As most of you already know, Whedon’s original 1992 Buffy screenplay was hijacked by a dumb studio and a dumber director and totally bombed. And then something that only happens in storybooks and Disney movies happened. A fairy godmother by the name of Gail Berman, whose company, Sandollar Television, owned the rights to the movie, waved her magic wand, said bippidi-boppidi-boo, and granted the one thing that most of us wish for and never get – she gave Joss Whedon a “do-over,” a chance to start over with his original concept of “the ditzy blonde who walks into an alley and beats the crap out of the monster that attacks her” and do it right. 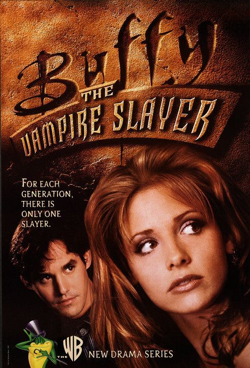 Did Joss do it right?

Of course it wasn’t that easy. Life isn’t like that. It never is, or if sometimes it seems to be, there are always pitfalls and potholes to maneuver. But here’s the thing – all the crap that life throws at us was thrown at every single character who lived in the world of Buffy the Vampire Slayer. Sometimes it was metaphoric crap, as in monsters and demons and werewolves and vampires, and sometimes it was just truly plain crap, as in dead mothers.

Twenty years (and 23 days) later, BTVS is still watched, still talked about, still written about, still studied, still reviewed. YouTube features hundreds of channels dedicated to the Slayer; I am an aficionado of one channel in particular, Ian Martin’s Passion of the Nerd and his “Buffy Episode Guide.” Ian is a video producer for LinkedIn, and his very first video, “Why You Should Watch Buffy” kicked off his series.

Ian and I were both at Denver ComicCon last June, though we didn’t get a chance to meet – his panel and mine coincided, unfortunately. But here’s a bit of his presentation:

“Now Joss Whedon created in Buffy a densely, densely layered series that all filters down from the primary metaphor in the show, the Slayer role being the symbol of adulthood or becoming an adult.

“And the entire structure was built on this very robust existential philosophy.” 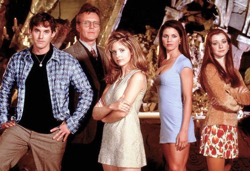 Here’s a quote from “Becoming,” the Season Two finale:

“Bottom line is, even if you see ’em coming, you’re not ready for the big moments. No one asks for their life to change, not really. But it does. So what are we, helpless? Puppets? No. The big moments are gonna come. You can’t help that. It’s what you do afterwards that counts. That’s when you find out who you are.”

It still resonates, doesn’t it?

Even twenty years (and 23 days) later.