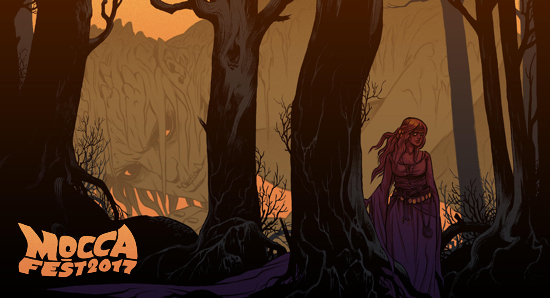 Saying a lot happened in the world of comics this past week is a gross understatement. Between MoCCA Fest in the east, WonderCon in the west, the poor performance of the Ghost In The Shell live action remake, and the reports coming out of the Marvel Retailer Summit, I could have column fodder well into May. I’ll try to touch on a few of the points that are important to me. 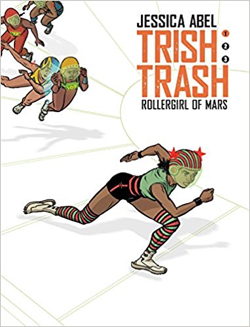 For starters, I wasn’t at WonderCon, but you should read about it here.

Let’s start with MoCCA then. I wrote about MoCCA last year as well. For those not in the know, MoCCA stands for the Museum of Comic and Cartoon Art. It’s a festival that’s been going on here for the past fifteen years, celebrating the indie side of comics as well as illustration, fine art, and creative innovation. This year featured big name guests including David Lloyd, Becky Cloonan, and Gene Luen Yang.

I joined ComicMix’s own Molly Jackson at the diversity panel MoCCA Fest put on titled Reading Without Walls: Diversity in Comics with panelists Gene Luen Yang, Damian Duffy, Hazel Newlevant, Whit Taylor, and moderated by Jonathan W. Gray. This panel is named after Gene Yang’s The Reading Without Walls Challenge he set as The Fifth National Ambassador of Young People’s Literature. The challenge, as detailed in the previous link, is to read a book about someone who doesn’t look like you or live like you, a book about a topic you don’t know much about, and/or a book in a format you don’t normally read for fun like a chapter book, graphic novel, and so forth. Diversity in format and topic is important too, and if you have a child this is a challenge you should consider giving them. Even if you don’t have a child, this is a challenge we should all give ourselves to make us more well-rounded people.

The panel was absolutely packed, with all the seats taken up and people standing all around the back and sides of the room. The discussion was engaging with all the panelists representing a different background and personal experiences informing their opinions on the importance of diversity. While not everyone saw exactly eye to eye on every aspect of the discussion, it was clear that everyone agreed that diversity is not only important in comics, but it’s crucial for future success of the medium. The room seemed to agree as well, with little challenge to the notion that diversity is important. And I’m not exaggerating when I tell you the amount of people, young and old, that looked on at Gene Yang completely awe struck. 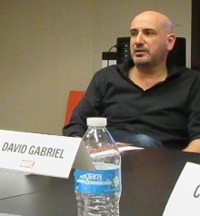 This moment at MoCCA was a sharp contrast to the discussion going on at the Marvel Retailer Summit. Again, for those of you who don’t know, ICv2 was given access to cover the Marvel Retailer Summit. The coverage revealed that in many cases, according to what was discussed at the summit, retailers were not able to move books that would be described as diverse. In order to remedy that, Marvel Comics would try a more “meat and potatoes” approach that helped DC Comics find success with DC Rebirth.

Part of this discussion has to deal with legacy characters and who should identify as whom. This is nothing new as well. Yes, it’s new in that Marvel seemed to quickly be replacing top tier characters that have counterparts in multi-billion dollar movie franchises, but DC did this decades ago swapping out Hal Jordan with Kyle Rayner, Barry Allen with Wally West, all the different Robins, and so forth. Hell, Steve Rogers had replacements before Sam Wilson. All of these changes had some degree of success.

The real problem that I heard come up in all the many conversations I had on this topic were not that Thor was a woman or Captain America was black now, but that the changes wouldn’t last, which discourages people from diving into those books. I know that there are readers who are genuinely racist, sexist, homophobic, transphobic, and Islamophobic, but it is more complicated than just that. It’s hard to throw yourself into a character and a story that you know isn’t going to end well.

rs Summit, but it really is more complicated than that. Many of the problems that have persisted in comics have been problems for decades, well before Axel Alonso and David Gabriel were in the positions they currently hold. The course corrections they’re talking about making aren’t radically different from anything that DC Comics has tried in recent history.

There is no easy solution to the problem of representation in comics because it involves multiple entities. How much of this is on Marvel to recruit diverse talent and invest in promoting diverse books? As part of Disney, the money should be there somewhere. What would it have to take and who would have to embrace that investment? How many characters could they invest in? In order to procure and retain talent that could create characters that could be diverse and a big hit, will Marvel have to change how they handle creators and the rights they hold on their creations so they don’t just take those amazing characters elsewhere? Is some or all of this a responsibility Disney and other corporations have and if so to what extent is all this their responsibility?

Retailers play a big role too. How much of a diverse comic’s success is on retailers promoting certain books more? And how much of this is on readers? If more readers tried taking Gene Luen Yang’s The Reading Without Walls Challenge would some of these books be selling better?

This can be a long discussion with a lot of nuance that I could keep going on about, but I know you have other things you’d like to read today so I’ll start wrapping this up. Before I go, I’d like to bring this back to MoCCA Fest. This year, like all the years I’ve gone, was filled with incredible talent that made me wish I could have dropped so much more money. Two graphic novels I did pick up are Everything Is Flammable from Uncivilized Books by Gabrielle Bell, a powerful graphic memoir, and Trish Trash: Rollergirl Of Mars Volume 1 by Jessica Abel, from Papercutz’s Super Genius imprint. It’s a gorgeous science fiction sports with a diverse cast of characters. If diverse comics and graphic novels are important to you, you should really check these books out too.

I already can’t wait for the next MoCCA Fest. Oh wait! I didn’t even get to Ghost In The Shell!  Real quick, I’m not surprised it didn’t do well at the box office, but they’ll probably blame Scarlett Johansson as a woman lead in an action movie and/or the source material they adapted instead of acknowledging the problems with white washing.