A Doctor A Day – “The Christmas Invasion” 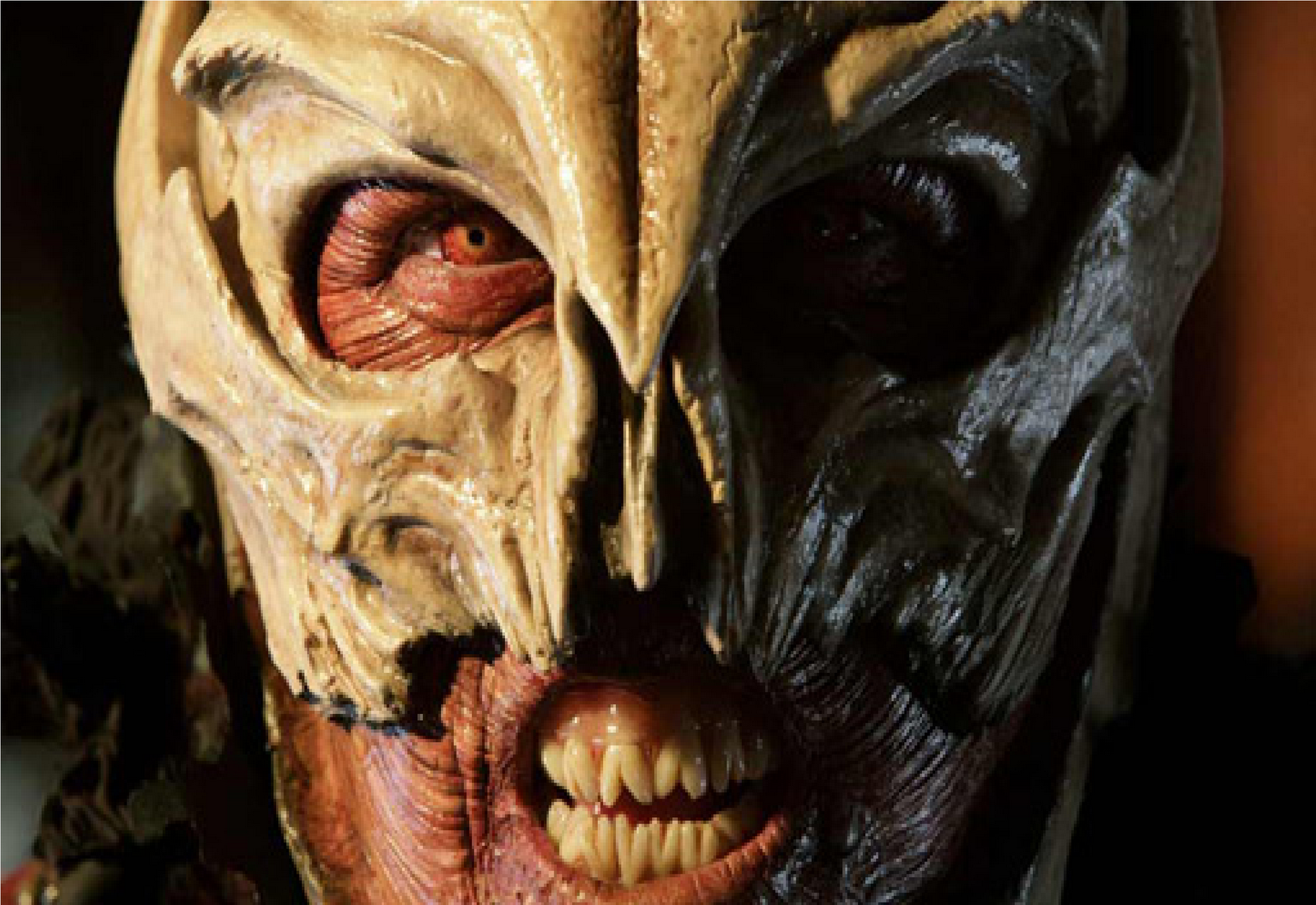 A new tradition, a new series, a new Doctor, a new threat, a new Prime Minister, and all happening just in time for…

After being forced to regenerate, The Doctor returns Rose home to Britain.  Jackie and Mickey both here the TARDIS’ wheezing engines, and race outside to meet it as it comes crashing down in the center of the plaza.  The Doctor comes barreling out, raving and dazed, collapsing in a heap at Jackie and Mickey’s feet.  Rose has to explain what little she knows about the regeneration process, and they bring The Doctor back to their flat, changing him into pajamas (lucky girls…) and making him as comfortable as possible.

While Rose has been away, people have moved on. Harriet Jones, former MP of Flydale North was voted Prime Minister after her stirring speeches after the events of the Slitheen “hoax”.  She spearheaded Britain’s first solo space probe, Guinevere One, which will soon be broadcasting pictures of Mars.  Or it would do, if it wasn’t for the Sycorax spaceship that grabs it, analyzes its contents, and uses it as a Michelin Guide to the Earth.  They hie hither to our blue marble, and by using a biological sample included on the ship, take control of everyone on Earth with Type A-positive blood and effectively hold them hostage.

While that’s happening, the aliens are also trying to make sure The Doctor can’t stop them, and attack him and his friends with yuletide-themed weapons – robot Father Christmases with 44 caliber trombones, rotating killer Christmas trees…you know, as aliens do.

More than a few changes going on here. First off, this is the first of the series’ Christmas specials.  Save for a moment where William Hartnell broke the fourth wall and wished the readers Merry Christmas, the show’s never done a Christmas special, something quite common on British television.  But the new show proved so popular, the BBC asked they write one.  Russell T Davies was in the process of writing this script while they were recording the commentary tracks for the First Season DVD, so he talked quite a bit about what he had planned for everyone.  Also part of a new tradition was the prequel scene they recorded for the annual Children In Need appeal.  It was the first opportunity viewers had to see the chemistry between Tennant and Piper, and didn’t it just sparkle.  The scene, readily available on YouTube, is of course included with the DVD set.

It’s always a risk when you change actors in a role. The folks who do the Bond films can tell you all sorts of stories.  Just recently, a TV station in India elected to cancel an outrageously popular soap opera when the male lead elected to leave – they decided any new actor would generate outrage from the fans.  So to have to bring in a new Doctor after only one season back on the air was a risk indeed.  Luckily, David Tennant took the part and ran with it.  The whole tone of the series got lighter with him at the helm. Eccleston’s Doctor was dark and brooding, often angry, while David is much more positive and happy. Judging from the way the popularity of the show skyrocketed, it was clearly successful.  And the fun part is, he’s barely in the episode.  It’s much more an opportunity for the backup cast to step forward and shine.  Tennant gets a delightful scene in the early part of the episode, and shows up at the end, in rather a nice parallel to Rose’s last-minute save in The Parting of the Ways.  In a dressing gown, yet.

We get to see U.N.I.T. back in full strength this episode, a position they’ll keep more than a few times in the next few seasons.  Originally the United Nations Intelligence Taskforce, it was quietly updated to “Unified Intelligence Taskforce” after a request not to connect it to the proper U.N.  One must assume requests to update the name of T.H.U.N.D.E.R. went unanswered.

Penelope Wilton is a treasure.  The flibbertigibbet back-bencher she played in Aliens of London / World War Three is now a sure of herself Prime Minister, and the performance she gives changes just a shade, while still keeping that seam of daftness that made Harriet Jones such a glorious creation the first time around.  And at the end of the episode, when she takes the step The Doctor forbade, she actually takes a heel turn in his eyes.  Don’t worry, she gets a chance to redeem herself in a season or two, and quite right, too.

And speaking of the events of the earlier episode, there’s a very nice bit of continuity in this adventure – as they cut to a shot of London, Big Ben it surrounded by scaffolding, still under repair from the crashing spaceship from that past event.

While most people think this is the first mention of Torchwood, it’s the second.  The Torchwood Institute was the answer to one of the questions from Anne Droid in last episode’s Weakest Link game.  Nobody was listening for it, so it went right over everyone’s heads.