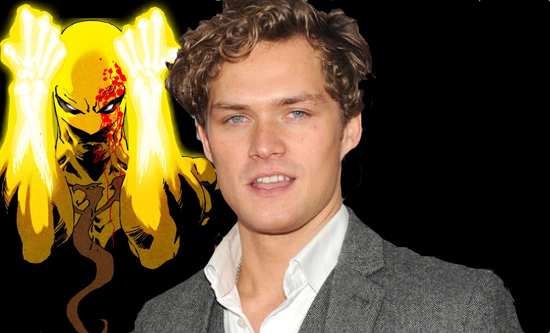 Last week news broke that Marvel Entertainment has cast Finn Jones to play Iron Fist in their Netflix series slated for 2017. Jones is a blonde haired, blue eyed, straight cis white man and despite playing a character that in the comics would also match that description, this was also looked to as a chance for Marvel to cast differently as the character of Iron Fist appropriates heavily from Asian cultures. So, basically, this was a lose/lose casting situation for Marvel, and Marvel chose to lose.

To me the real question is not why they cast the way they did. My question is, why are they making an Iron Fist show at all? Sure, part of this is me being flip, but I’m also trying to make a valid point.

For those unfamiliar with Iron Fist, here’s a quick background. Iron Fist, a.k.a. Danny Rand, was created in 1974 by comic book legends Roy Thomas and Gil Kane. His primary ability is being a master of martial arts, but he also has some additional powers including an ability to concentrate his chi in his fist, which gives him his name. The character was heavily influenced by the early-mid 70s interest in martial arts in Western culture – even Jon Pertwee as The Doctor practiced a form of Aikido. Iron Fist started in the pages of Marvel Premiere, later getting his own title, then joining up with Luke Cage a.k.a. Power Man. After his “death” in Power Man and Iron Fist #125 in 1986, Iron Fist would fade in and out of the Marvel Universe, occasionally getting his own solo series again, most notably a run in the mid-2000s written by Matt Fraction. Oh, and like most other characters created at Marvel from 1974 and before, he’s a straight cis white man.

In hindsight, it’s easy to see how Iron Fist was problematic. Not only is this a character that appropriates Asian cultures, he’s been written and drawn almost exclusively by straight cis white men. Larry Hama has contributed to the character, but he’s one of the rare exceptions. Yes, I completely understand that Iron Fist is a white man, but maybe if you’re going to appropriate a culture you should have some input from people in that culture.

Iron Fist will be, if everything goes according to plan, the fourth solo Marvel Entertainment Netflix series. We’ll have had two seasons of Daredevil, a season of Jessica Jones, and a season of Luke Cage before Iron Fist has his own show. Maybe he’ll show up in Luke Cage. So why are people upset? Why does Iron Fist just seem like a bad idea now?

The primary reason for me, and maybe a lot of you out there who also aren’t thrilled by the prospect of an Iron Fist show, is the lack of diversity casting. Not because Iron Fist should have been cast different, but because he we don’t need an Iron Fist show. The TV shows have a much larger audience than the comics. And often a much different audience.

Fans of the comics can yell from the rooftops until they’re blue in the face. They can point out how Iron Fist/Danny Rand has always been a straight cis white guy. They can call out people for being casual fans and criticizing them for having never read an Iron Fist comic. All of that misses the point. Marvel Entertainment on TV has been giving off the impression to its viewers that they care about diversity, and to many viewers out there this is a move against the expectations that Marvel has set up and a betrayal to an audience that expects more.

Some people may be thinking to themselves who else could Marvel have even picked. Didn’t Marvel Entertainment have to make an Iron Fist show if they wanted to do The Defenders? The answer is a resounding no. In all of Marvel’s TV and movie adaptations they don’t always follow the comics that closely. Sometimes they don’t follow them at all. If they did, the first Avengers movie wouldn’t have had Captain America, Hawkeye, or Black Widow in it, the first X-Men movie would not have had Wolverine, Storm, Rogue, Mystique, and many others. Black Widow in particular was added to Avengers because of Joss Whedon’s instance to have more representation after all.

Marvel has many, many characters to consider instead of Iron Fist. In a conversation I had with fellow ComicMix columnist Molly Jackson, she suggested why not Moon Knight? What about Dakota North? Monica Rambeau? Squirrel Girl? Or the incredibly obvious choice of Kamala Khan as Ms. Marvel? It doesn’t matter if these characters were in The Defenders or not, they could still just as easily be in the team. Guardians of the Galaxy, Ant-Man, Agent Carter, Jessica Jones, and Luke Cage all show Marvel’s willingness to use lesser known properties in a different medium to give them new life and a larger audience. Why not also use that strategy to expand other characters profiles to expand representation rather than adding yet another straight cis white guy to the mix? Marvel could still even just add Iron Fist to Luke Cage, just as Luke Cage had a big role in Jessica Jones. Iron Fist doesn’t need his own series for that.

Some will write this off as overzealous social justice warriors that just don’t understand comic properties and are searching out the next trivial cause to latch themselves onto. That is not what’s happening. What we’re seeing, as far as I can tell, is backlash to a tone deaf company that’s expanding its audience reach and not following through with the unspoken promise of better representing the audience that people like Joss Whedon worked hard to cultivate for them.