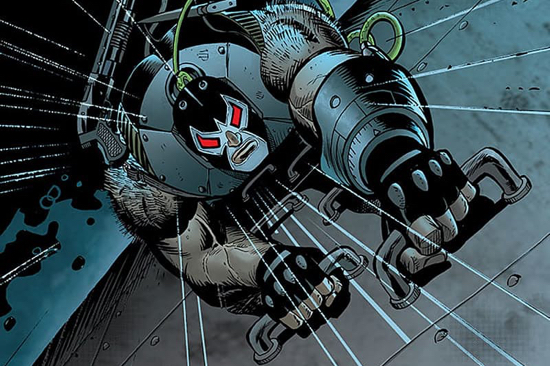 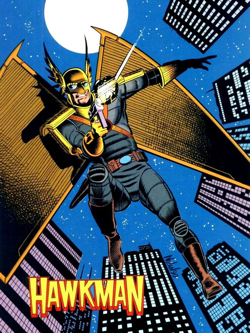 I can’t agree with fans that hate big crowds at big comic conventions. I tend to like big crowds. And I am always astonished by the way the San Diego Comic-Con takes over that town. I’m also in awe that the New York Comic Con is the biggest convention held in New York City’s Javits Center. The massive attendees at every big comic-con are both testaments to Geek Culture, and virtual victory laps for all fans everywhere.

To be honest, I also enjoy smaller comic conventions. There’s something special about being able to just wander up to a favorite creator and engage in a conversation with him or her. And at smaller shows, it’s empowering to be able to casually flip through a long box of comics to search for treasures, without elbowing your way through a crushing wall of other fans searching for their own treasures.

I’ll never forget a great experience I had at a smaller show years ago. A local comic con decided to expand with a second show. They decided to hold this spinoff convention in in the open area of a mall. Attendance was abysmal, but that worked out in my favor. Jim Shooter, the headlining professional, very patiently answered all my young fanboy questions for hours and hours. There was no one else waiting to speak to him, after all. I don’t think I talked for 24 hours straight, but I’m sure it seemed that way to Jim. And you know what? That was a kindness I’ve never forgotten.

So it’s no surprise that I’m very excited for Syracuse’s Salt City Comic-Con in June. I’ve recently moved from metro New York to the Finger Lakes, and we’re finding so many cool things going on up here. This convention looks to be a very substantial comic-con with a small show feel.
One of my favorite artists, Graham Nolan, will be a guest at this year’s show. Part of why I like his art so much is that he’s been involved with so many of my favorite stories. I fondly recall the introduction of Bane, the first villain to soundly defeat Batman. And the adventure of two immigrants from Thanagar assimilating to American culture in the Hawkworld series was fascinating and fresh. 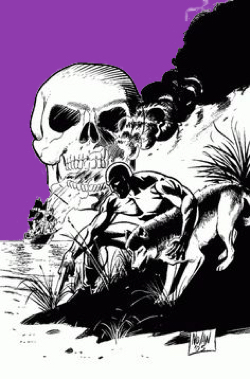 But the other part of why I enjoy his work is that Nolan’s always been able to deliver solid artwork with a flair for the dramatic. It’s grounded, but it’s fantastic. Every Graham Nolan page is an example of fine draftsmanship, but also always infused with a thrilling level of action and adventure.

So, unable to wait until the convention in June, I wanted to have a one of those
substantial convention conversations with this fine artist. I reached out to Graham Nolan for this pre-con conversation:

Ed Catto: You were an early graduate of the Joe Kubert School. What are your fondest memories of that experience?

Graham Nolan: Actually, I never graduated from Kubert’s. I ran out of money for the third year. The two years I did attend were a great experience though. I learned a lot and was surrounded by people that shared the same passions as I did.

EC: We tend to revere Joe Kubert around here – what was it like learning from him?

GN: Joe was a force of nature. He had a presence that few have. When he spoke, you listened. He made everything he did seem so damn easy.

EC: You worked on Power Of The Atom, an Atom reboot, with CNY-er Roger Stern. Those were exciting times and it seemed to shine through in that series. What stands out in your memory about that series?

GN: It was a fun series that I wish I had been on from issue #1 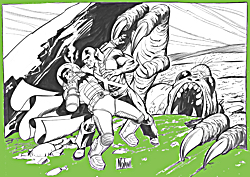 EC: Our regular readers know how enamored I am with your Hawkworld series. Can you tell us a little about that series, what you were looking to achieve with it, and what your thoughts on it today are?

GN: That was a tough act to follow. I was passed the reigns from the popular mini-series by Tim Truman and Alcatena. I wanted to capture the feel of that series but add my own sense of storytelling dynamism to it.

EC: Follow-up question – Any thoughts on following in the footsteps of Joe Kubert on Hawkman?

GN: Not really. Hawkworld was so far afield from Joe’s work I felt like I was following Truman and not Kubert.

EC: You spent so much time working The Phantom – with fantastic results. Was that a labor of love for you? 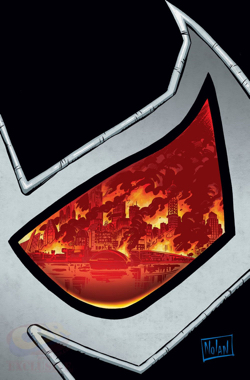 EC: Comic strips like Rex Morgan, M.D. don’t seem to get the same fan appreciation at comic conventions. Do you find that frustrating?

GN: Comic strips don’t seem to get fan appreciation anywhere! The newspaper is a dying delivery device for comic-strips. They are so small these days that there are some strips I can’t even read!

EC: Monster Island was your own property. How different is it work on something like that as opposed to big company characters?

GN: Everything has to be created from scratch vs. it being established by others. But the creative freedom is wonderful.

EC: Let’s look ahead – can you tell us what you’re working on now?

GN: I’m currently doing my weekly humor strip, Sunshine State for GoComics.com and Chuck Dixon and I are back at DC working on a 12 issue Bane project called Bane: Conquest.

EC: Sounds like fun stuff, Graham, really looking forward to it all.