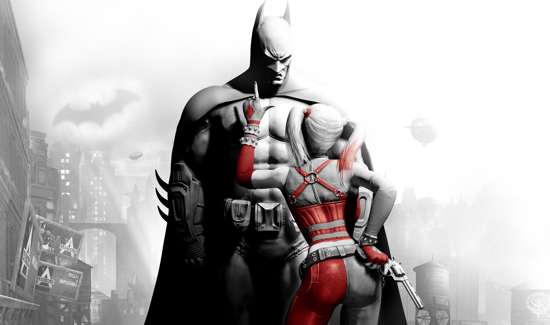 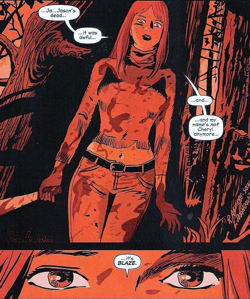 Every college freshman learns about price elasticity in Economics 101. Price elasticity simply means that consumers will be more accepting of price changes for some products than for others. And as I’ve been watching the CW’s new Riverdale television series, I’m translating this economic concept to Geek Culture. Specifically, I’m mesmerized how some fans embrace changes to pop culture properties with a Geek Culture Elasticity and others just can’t embrace changes.

Long-time Archie fans – he is, after all, celebrating his 75th anniversary this year – are wrapping their heads around this latest television incarnation. The new Riverdale show is a steamy and creepy manifestation of beloved characters that ostensibly represent Americana. Unlike their traditional comic counterparts, these versions of the characters were driven by dark and base motivations that are a part of real people (albeit gorgeous and glamorous versions of real people). 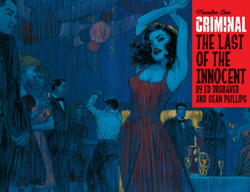 We should be used to twisted versions of the Archie gang by now. Long ago, the publisher realized the characters had great elasticity and created Lil’ Archie, miniature versions of the teenagers. More recently, the various Archie comics have been boldly publishing non-traditional versions of their characters in series like Afterlife With Archie (the zombie version), The Chilling Adventures of Sabrina (creepy Gaimen-esque witch stories) and Life with Archie (The Archie gang grows up and becomes thirtysomething). 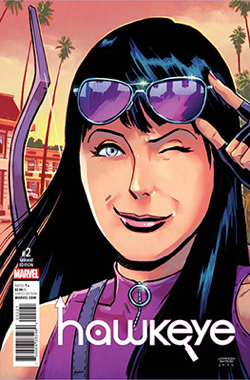 There have always been twisted Archie versions percolating about. One of my favorite stories in recent years was Brubaker and Phillip’s The Last of the Innocent series from 2011. Doppelgangers of Archie and his gang were thrust into their very own crime noir story. It was deliciously wicked.

But taking a step back and looking at the entire Geek Culture landscape, it’s easy to see that while some fans welcome changes, others are furious.

Kelly Thompson is the writer of Marvel’s new Hawkeye series, and has some thoughts about fan outrage that illustrates some fans’ In-elasticity when it comes to beloved to icons. In the Marvel Comics mythology, the original Hawkeye, Clint Barton, has been very comfortable with sharing his heroic mantle with a young upstart, Kate Bishop. And this new series puts Kate center stage as Hawkeye.

Thompson recently told a story on Graphic Policy’s BlogTalkRadio about how one fan was outraged that “Hawkeye wasn’t a dude anymore.” And this fan claimed to be the greatest Hawkeye fan, which seems incongruous when you realize that Kate Bishop has been Hawkeye in the ongoing comics universe for over a decade. 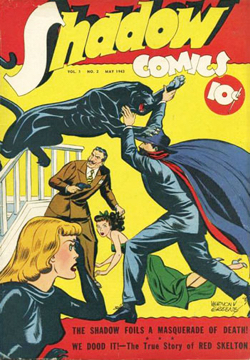 It’s easy for some fans to shake their fists in rage when creators, or corporations, change or alter their characters. And it’s just as easy for other fans to embrace new takes on old characters, like a female Captain Marvel or a black Captain America.

It’s not just the lunkheads who have trouble with changes. That’s too simplistic an analysis.

The proof is in the sales numbers. Many retailers, as well as fans, feel that Marvel has pushed the pendulum of change too far, and these wide swings have resulted in softer sales. The Marvel heroes might not have the Geek Elasticity that senior management had planned on.

I am also impressed how Geek Culture can easily keep track of all the different versions of their favorite characters.

For example, Flash fans know the Flash’s pre-Crisis mythology, his post Crisis-mythology, his new 52 mythology, his television mythology and his Rebirth mythology. And if you don’t know what all those terms means – don’t worry. You may be better off.

A big character like Batman can support many versions.
Batman is dark and brooding and in the movies, while his television is young and growing while his comic book self, ostensibly his true self is… well, I guess that changes a lot too.

Pop Culture today gets more complicated than ever, some versions, like the video game mythologies offer another take on the characters. The popular Batman: Arkham video game series, by Rocksteady has created its own darker version of Batman and his villains. Developers Rock Steady and WB Games Montreal has cleverly invited longtime Batman contributors like Paul Dini and Kevin Conroy to lend their creative talents to these efforts, further blurring the lines.

You know, it’s always been this way. Back in the in the 30s and the 40s a big hero had two competing mythologies that were both tops in their respective media.

But nobody seemed to have an issue with enjoying two, or three, versions of a top heroic character like the Shadow. Maybe fans were more comfortable with the Elasticity of Pop Culture Icons back then. Or maybe they were better at just keeping it all in perspective.

And when it comes to the Archie, Veronica and gang in Riverdale…hey, who really knows who they are in high school?