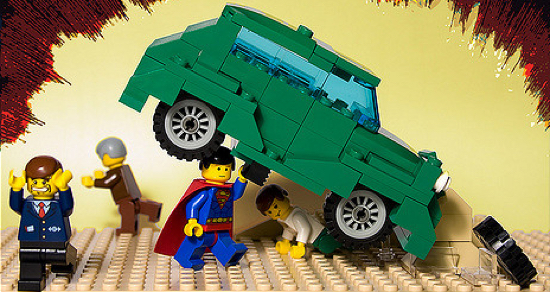 Yesterday was a tough one for the Newell family. Actually, the past few months haven’t been easy; my dad is – well, the best way to describe the situation is that my father is a soul trapped in the shell of what was once a healthy, vibrant human being. To be honest, I don’t know why he isn’t dead. And my mom had a stroke about a month ago – and although she’s up and walking around (with the aid of a walker), the energetic and vivacious woman with whom I laughed and fought and loved is gone, too, leaving behind an old lady who is dip-shit batty – though I must admit that some of what she says is pretty funny.

And at least they both are in the same nursing home.

We have spent the last few weeks cleaning out their apartment – especially my brother, who has the responsibility of doing most of the work and coordinating everything, since he lives only seven miles away from their adult community complex in a town on the Jersey side of Philadelphia. Alixandra, Jeff, and I have had at least the luxury of distance in dealing with all this as we all live in the metropolitan New York area; meaning that we are there on weekends, but Glenn is there every single fucking day. So here’s a shout-out to you, bro – you rock!

Anyway, I’m not about to tell you that while cleaning their place yesterday I found a mint copy of Superman’s first appearance (Action Comics #1, June 1938) buried beneath old photos and magazine in a beat-up old trunk. If only, right? ‘Cause the Los Angeles Times reported in August 2014 that a copy of that iconic comic went for a record-breaking $3.2 million. I’m not even sure if either of my parents ever read or were even aware of it; though come to think of it, now I do have a faint memory – or perhaps it’s just a wistful thought – of my father saying that he did, or maybe it was that one of his friends was reading it. I’m not sure.

Come to think of it, I do know that my mom said she never read comics, but neither of them objected to my reading them years later, especially after my uncle, a New York City Public School principal, said that it was wonderful that “she was reading, and understanding what she read, at such a young age.” Of course, reading a comic book was strictly taboo if I hadn’t done my homework or at the kitchen table during meals – which I never understood, because my father read the newspaper during breakfast, especially on Sunday mornings. The funny thing is, I don’t remember my brother reading comics. That doesn’t mean he didn’t – I just called him to check on that, and he said, “No.” I said, “Never?” He said “Aah, maybe once in a while, Richie Rich or something…”

Although there always were comics around the house, nobody ever saved them. They might lie around my room for a while, but eventually they made their way into the garbage. Which is why all the old comics are worth so much these days, because they are rare – it’s like real estate, y’know? When it comes to real estate, it’s location, location, location. When it comes to comic books, it’s rarity, rarity, rarity. 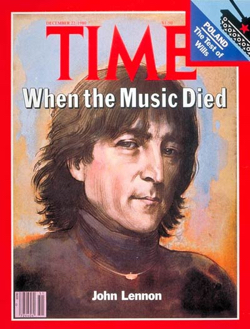 But there were plenty of other printed words. In the form of books.

My parents were voracious readers, and they collected books. They were probably charter members of the Book-of-the-Month Club, and the New York Times Book Review was read as much as the Sports or Style sections. (I remember my parents tearing out reviews of certain books and taking them along to the bookstore. Remember bookstores? And in their bookshelves were everything from popular bestsellers to beautifully bound in leather and slip-cased classics.

Books like Great Expectations by Charles Dickens. The Collected Works of Somerset Maugham. Salome by Oscar Wilde. The Complete Sherlock Holmes by Arthur Conan Doyle. Alice in Wonderland and Alice Through the Looking-Glass by Lewis Carroll. War and Peace by Leo Tolstoy. All five novels of the Leatherstocking Tales by James Feinmore Cooper (and illustrated by Newell Wyeth, Andrew’s father). First editions of The Old Man and the Sea (Hemingway), Giant (Edna Ferber), Fail-Safe by Eugene Burdick and Harvey Wheeler, and Winston Churchill’s five-volume history, The Second World War. And those titles are just off the top of my head. There are three huge boxes of books sitting in the hatchback of my Toyota Matrix right now, too heavy to struggle with in the cold, sleety rain last night to bring upstairs to my apartment.

I am planning on keeping almost all of them. But last week my brother and I were wondering if any of them might be worth on the market. So I did a little research on the web, ending up at the Antiques Roadshow site, and found out that, for instance, the Heritage Print, 1939 edition of Great Expectations is worth $450 – $500. The Collected Works of Somerset Maugham, Doubleday, 1953, is worth $250 – $300. And I don’t even like Maugham.

Of course, that doesn’t mean that, if we decide to sell them, that’s what we’ll get. Vagaries of the market, and all that, and of course it depends on whether or not we sell them directly or to a dealer – the dealer automatically taking 20 or 30%.

And, of course, chances are that I’ll end up keeping them even though I don’t know where the hell I’m going to put them. *sigh* Alix claimed shotgun on my parents’ bookshelves. Time to go to Ikea.

But in all likelihood, there’s a few thousand dollars worth of books sitting in the back of my 1994 Matrix right now. Thank God the roof doesn’t leak.

Wonder what that old Time Magazine, dated December 22, 1980, is worth? It’s the one with John Lennon on the cover.