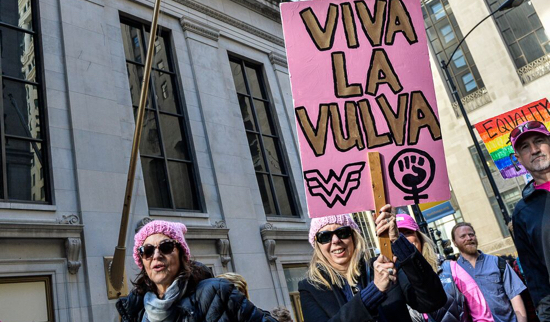 “Addendum: By the time of next week’s column, we will have had one full weekend of President Donald J. Trump. Will we all still be here? Will there even be a column? Will America be…Amerika?” • Mindy Newell, ComicMix, January 16, 2017

And so…here we are. We made it through the weekend. One hell of a weekend.

First came the inauguration of Donald J. Trump as the 45th President of the United States, the 45th person to hold that august office which leads this country and the world. There have only been 44 others to have previously owned that title and those responsibilities. Only? Yes. We are a young country in the history of the world. 241 years old this coming July 4th. Our nearest relative, England, is over 1500 years old. We are comparative newborns. And like all newborns, America depends on the stability, care, and love of its parents. America’s father is the Declaration of Independence. Its mother, the Constitution of the United States.)

It has been the tradition of this child to swear in the President with these words: 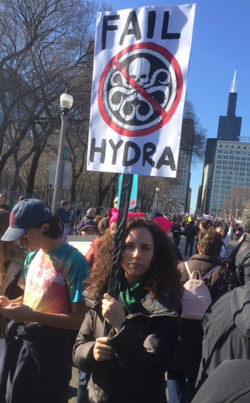 Donald J. Trump’s inaugural speech was dreary, desolate, and depressing in its description of this country, a “uniquely dark vision of the U.S.,” as the New York Times called it. He was a bully during the long campaign, and the bullying continued into his address; he is, in every way, and as Jon Stewart confirmed him, a “Baby Man,” an emotionally immature schoolyard tyrant whose uncertainty and fear and narcissism live beneath a thin skin of machismo and bravado, to be unleashed whenever or wherever a threat to his manhood and/or to his kingdom is perceived.

“America First!” he said. “This American carnage stops!” And shivers went through the souls of people around the world. It was all too reminiscent of another leader who spoke of lebensraum (“living space”) for his country in the 1930’s.

And then, the next day, Saturday, January 21, Americans answered him. The whole world answered. 500,00 and more women, with their men – my daughter and son-in-law Alixandra and Jeff among them – and their children gathered in Washington, D.C, sprawling from the Lincoln Memorial to the White House and neighborhoods between to march and rally and protest this person who dares to claim that he speaks for the lost, the forgotten, the abused, and the ill.

Trump’s first act as President was to issue an executive order paving the way to the end of the Affordable Care Act, a.k.a. Obamacare. They gathered to the tune of 400,000 and more in New York City at the base of the Man’s High Castle, shutting down 5th Avenue and midtown Manhattan into the night. They gathered in every major city of every State of this Union – Boston, Miami, Indianapolis, Los Angeles, Denver, Portland, Seattle and more (the photos above are from the Chicago rally; 150,000 strong). They gathered across the pond in London, in Paris, in Barcelona, in Rome and Berlin and Prague. They gathered in South Korea and Japan and Australia.

And Donald J. Trump looked out the White House windows and saw that there were many, many more out there than were at his inauguration and sent his press secretary – for bullies cannot look in the eyes of those who say “No!” – to blatantly lie and to warn the media (and the country and the world) that “they would be held accountable.”

America’s father and mother cried on Friday, and they cried on Saturday night.

I didn’t cry. But I shivered.

Yeah, we made it through the weekend.

But what is to come?