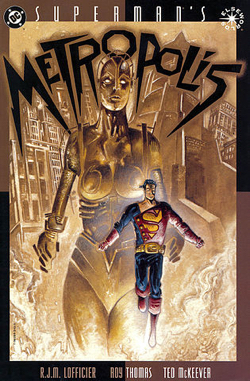 This past Saturday I participated in the Women’s March in NYC. While I marched with a group of burlesque performers and friends, other columnists here at ComicMix participated including Molly Jackson and Martha Thomases. It was an important moment of demonstration for the first days of the new administration here, and I’m glad I participated. For all of those reading who want to do something and were unable to attend I can assure you there will be plenty more opportunities to come.

Meanwhile, in my free time I’ve been reading some of the DC Comics Elseworlds. For those of you unfamiliar, these were stories that took place outside of DC Comics continuity that often involve alternate histories of what could have been. As you can imagine, that premise is really intriguing to me lately.

I’ve read four Elseworlds in the past couple of weeks, all of which were ones starring Superman. I really like Superman. The ones I read were Superman’s Metropolis, Superman: Kal, JLA: Shogun of Steel, and Son of Superman. While they varied how much I personally enjoyed each one, they all did a good job of characterizing Superman. Want to know more about these stories? I was just getting to that! 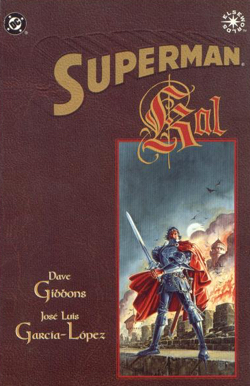 Let’s start with Superman’s Metropolis. Written by R.J.M. Lofficier and Roy Thomas and drawn by Ted McKeever, this story is based on the classic silent film Metropolis by Fritz Lang and the novel by Thea Von Harbou. The premise is what if Clark Kent, spelled Clarc Kent, was raised by Jon Kent who is master of Metropolis. This beautifully illustrated story show Clarc Kent realize the plight of the workers below and Lutor’s poison grip on Jon Kent; propelling Clarc to become a champion of the people. While this story is well written, Ted McKeever is the true champion of the story. The book is stylized and absolutely gorgeous in a way rarely seen in mainstream comics. Ted McKeever was also Rachel Pollack’s longest collaborator on Doom Patrol which includes The Teiresias Wars arch that has often been cited as one of if not the high point of her run. For personal reasons he has stepped away from comics and the industry as a whole is devalued as a result. His presence will be sorely missed. If you can find a copy, get it. 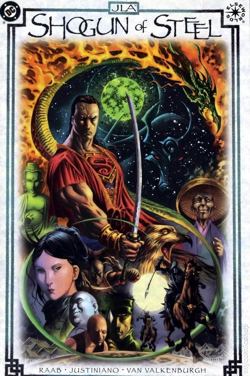 Superman: Kal is written by Dave Gibbons and drawn by Jose Luis Garcia-Lopez. It’s a tale of Kal-El coming to earth in medieval times and being found by peasant farmers. Once he’s older he’s taken to work with a blacksmith in a town run by Lex Luther, an illegitimate ruler. So much for escapism, huh? Anyway, Lois gets involved and there’s kryptonite. There was also kryptonite in the last story, but I like how that previous paragraph turned out without mentioning it. You know now anyway, so I don’t see what the problem is. While the story starts strong, for me it loses steam towards the end and falls into the all too familiar trappings you find in damsel in distress stories and harming women to motivate men to action. 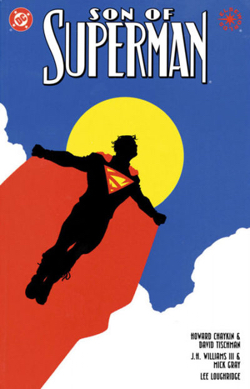 JLA: Shogun of Steel brings us to a mystical feudal Japan setting where characters that mirror the Justice League are working together to fight a cruel Shogan version of Brainiac. The story is written by Ben Raab and drawn by Justiniano. I’ll be honest, I wasn’t familiar with this creative team. The art in the story is solid, and I enjoyed that. The story itself is feels a bit dated and incorporates some elements that seem stereotypical, like Kal-El arriving on Earth as the result of a dragon from heaven. Also more kryptonite, but no Lex so I give it some bonus points for that. Though I don’t feel anything about this story is malicious and I would be more than happy to check out over works by Ben Raab and Justiniano, I don’t think you need to worry yourself too much to find a copy of this particular story.

And finally was have Son of Superman. Unlike the other three stories I read which were about 60 or so pages, this one was over 90. As a result we get a pretty well fleshed out story. It helps that it’s written by Howard Chaykin and drawn by J.H. WIlliams III, with David Tischman co-writing. Howard Chaykin has a love of Superman that is very apparent just by reading this, and not just because I’ve heard him talk about Superman before. The story takes place in the future with a woman President. Escapism has failed me yet again. Anyway, in the future Superman is presumed dead, but has had a son with Lois. Due to a freak solar flare, their son Jon gets his Kryptonian powers activated. Now in a world with a government run Justice League and terrorists acting in Superman’s name, Jon has to figure out how he fits in while he tries to learn more about his father and the conspiracy that took him away. The story is honestly a great read with some sweet moments and is probably the closest Superman graphic novel you can get that you can compare to The Dark Knight Returns. I definitely recommend hunting down a copy if you haven’t read it. According to DC Comics website, you can still purchase Son of Superman so you don’t have to hunt too hard.

A lot of things are going on now with the new administration coming into power. While we need to stay informed, escapism is important too. In these times, what better place to escape to than to a world of what could have been?