Martha Thomases: What Comes Around.

This is my last column before Thanksgiving. And Thanksgiving is one of my favorite holidays. It doesn’t require presents or cards or anything but food and gratitude.

This year, I am especially grateful that when women speak, they are now believed.

As my ComicMix colleagues so eloquently described, the days of dismissing charges of sexual harassment as something women make up because we are overly sensitive are, for the moment at least, over. No, I don’t think we’ve heard the last of these stories, nor do I think firing Eddie Berganza makes everything better.

That said, we are definitely in a better place than we were before this round of charges of sexual abuse began, way, way back with Harvey Weinstein. Women are speaking up and making change, rather than waiting for men to rescue them. My favorite superheroines do this prominently. 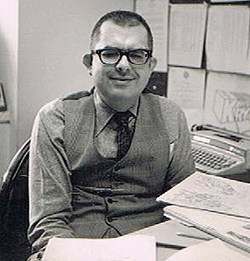 A new generation of superhero supports these strong women.

As I mentioned last week, women in comics have always talked among ourselves, sharing warnings and tips about which men to avoid. We looked out for each other. More recently, some of us have risked our livelihoods to tell our stories. And now, in an ironic twist worthy of an E. Nelson Bridwell story, the Superman office seems to be run by women editors.

I don’t mean to sound like I’m gloating about Eddie losing his job. There are hardly an instance when that’s an unequivocally good thing. A man his age, and with his now-damaged reputation is going to find it difficult to find another gig.

However, the women who were denied work because they wouldn’t have sex with him, the women who left comics because he was so unpleasant to them, the women who never even got in the door because DC would rather protect their boy than tempt him, also had their livelihoods threatened. Actions have consequences, and Eddie and DC management were the ones who was able to choose how they wanted to act.

It’s my theory that the reason women are coming forward in large numbers now can be traced back to the Women’s March last January. There have been large demonstrations held simultaneously around the world before, but this time, for whatever reason, we spoke to each other. We listened to each other. Women, people of color, immigrants, queer people and other outsiders realized that we didn’t need insiders. Together, the outsiders could do what needed to get done.

True feminists insist on celebrating all kinds of women, and there are so many of us that it is unprofitable to ignore us. In fact, we are a desirable and affluent market for would-be feminist toys.

And it’s not exclusively feminists who are speaking up against Business As Usual in the entertainment industry. There’s a new documentary about stereotyping South Asians, and it’s getting a lot of good word-of-mouth. Things are shifting (too) slowly in behind-the-camera job in television.

There is still a lot of work to be done in the years ahead. There will, inevitably, be setbacks as well as progress. Still, this Thanksgiving, I’m grateful to the women and men who got us this far.