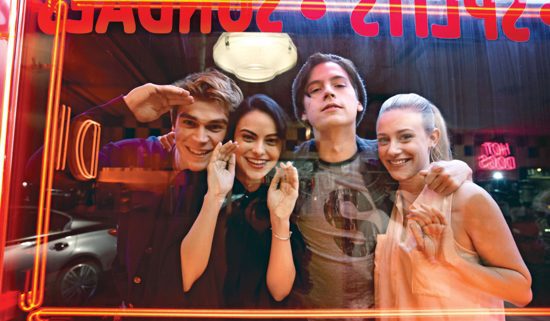 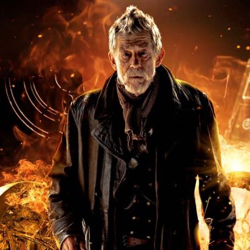 Sir John Hurt died a few days ago. One of Great Britain’s finest actors, his rise started with his turn as Robert Rich, a courtier and lawyer in Henry VIII’s court, in Fred Zimmerman’s A Man for All Seasons. The movie, based upon Robert Bolt’s play about the fall of, British Lord Chancellor Thomas More, could be considered a science fiction story as it deals with a perfectly harmonious island society that was nowhere to be found in More’s 16th century – or in the 21st, for that matter.

Sir John, in his long and brilliant career, was no stranger to our brand of cultural pop geekdom. Besides his outstanding turn as the War Doctor on the 50th anniversary special Doctor Who: The Time of the Doctor – he recreated the War Doctor on four sets of audio plays for Big Finish; three are already out, and the fourth is debuting next month (and thanks to editor Mike Gold for the info) his filmography includes Alien; Harry Potter and the Philosopher’s Stone and Harry Potter and the Deathly Hallows, Parts 1 and 25; Snowpiercer; Indiana Jones and the Kingdom of the Crystal Skull; V for Vendetta; and 1984.

I am struck with irony. Sir John rose to prominence in a movie about the man who coined the term “Utopia,” and later starred as the protagonist – Winston Smith – in the film adaptation of 1984, the classic, definitive novel of a dystopian society. Dystopian being, as defined by the Oxford Dictionary, “[a]n imagined place or state in which everything is unpleasant or bad, typically a totalitarian or environmentally degraded one; the opposite of utopia” – just in case you needed to look it up. Which I doubt.

“1984 shot to No. 1 on Amazon’s best-seller list this week after Kellyanne Conway, an advisor to President Trump, described demonstrative falsehoods told by the White House press secretary Sean Spicer – regarding the size of inaugural crowds – as ‘alternative facts’. It was a phrase chillingly reminiscent, for many readers, of the Ministry of Truth’s efforts in ‘1984’ at ‘reality control’. To Big Brother and the Party, Orwell wrote, ‘the very existence of external reality was tacitly denied by their philosophy. The heresies of heresy was common sense’. Regardless of the facts, ‘Big Brother is omnipotent’ and ‘the Party is infallible’.”

There was another article in the Times, on Saturday, Jan 28, this one by Alexandra Alter, “Fears for the Future Prompt a Boon for Dystopian Classics,” in which the journalist wrote that sales have “also risen for [Orwell’s] Animal Farm, as well as Aldous Huxley’s Brave New World and Sinclair Lewis’ It Can’t Happen Here. She also notes that last weekend, at the Women’s March in D.C. (and, I add, around the country and the world, including Antarctica), signs were everywhere referencing Margaret Atwood’s The Handmaid’s Tale. The book, which was written 32 years ago, has never been out of print – Ms. Alter notes that it in 2016 sales were up 30%, that it is in its 52nd printing, and that “Ms. Atwood’s publisher has reprinted 100,000 copies in the last three months to meet a spike in demand.” 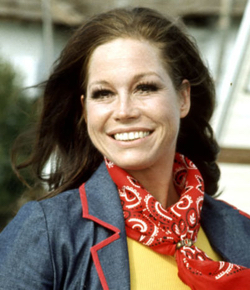 In other news, Mary Tyler Moore died two days before John Hurt, on Wednesday, January 25. You young ‘uns may not remember, unless you catch reruns, but Ms. Moore starred on The Dick Van Dyke Show Laura Petrie, wife of Van Dyke’s Rob. She broke the mold of the then current (1960s) suburban housewives on television sitcoms; her Laura was well-read (she often had a book in her hand) talented (she was a dancer), fashion-forward (when Laura started wearing Capris, every housewife in America started wearing the cropped pants), daring (she dyed her hair blonde), and sexy (there was no doubt in anyone’s mind that Rob and Laura closed the door to their bedroom for a reason.) And she and Rob had fights, too.

Then, in 1970, she broke the mold again, starring as single woman Mary Richards “making it on her own” working in the newsroom of a small television network in Minneapolis, Minnesota. Originally Mary Richards was going to be divorced, but there are two reasons that didn’t happen: divorced women were still an anathema to network execs in 1970, and there was actual fear that the audience would think that Laura Petrie had divorced Rob, and which would totally kill the show before it even got started. So the suits decided that Mary Richards had broken off her engagement. Along with a stellar cast that included Ed Asner as her boss Lou Grant, Valerie Harper as her best friend Rhoda Morgenstern, Ted Knight as the dimwit anchorman Ted Baxter, Betty White as devious, superficial Sue Ann Nivens, Cloris Leachman as neighbor Phyllis Lindstrom, Georgia Engle as Georgette Franklin, Ted Baxter’s ditzy yet smart girlfriend, and Gavin MacLeod as news writer Murray Slaughter, The Mary Tyler Moore Show won 29 Emmys and three Golden Globes, along with too many honors to mention.

And though the network chickened out of allowing Mary to be divorced, along the way there were plenty of separations, divorces, living together, and, yes, marriages. But Mary Richards ended the show as she started – single and living alone.

Journalist and television anchor Jane Pauley, writing in the New York Times on Thursday, January 26, noted that the “The Mary Tyler Moore Show started several years before two words, ‘and women,’ were inserted into an F.C.C. affirmative action clause pertaining to television station hiring. That might have helped women like me get a job, but Mary Richards may already have opened as many doors; she had made a woman in the newsroom seem normal.”

And speaking of death – one that occurs off-screen but will drive the plot of the show’s first season – I watched the premiere of Riverdale on Thursday night.

So far, not crazy over it.

Here are my texts to editor Mike about it:

“I thought it sucked.”

“That was the only funny part, if you’re an Archie fan. Lots of very weird scenarios running through this dirty mind.” (Regarding the scene between Archie and Miss Grundy doing the dance of the two-backed snake in the car.)

“Betty and Veronica instant friends? Ronnie would definitely not feel any guilt right away.” (Regarding getting it on with Archie.)

“Just seemed like it was plotted from one of those computer programs on how to write a screenplay.”

“Best one was Ronnie’s mother.”

“Well, maybe next week will be better. Some of Buffy’s first season sucked, too.”

“Trying too hard to be Twin Peaks.”

That one was about my growling stomach, not Riverdale.