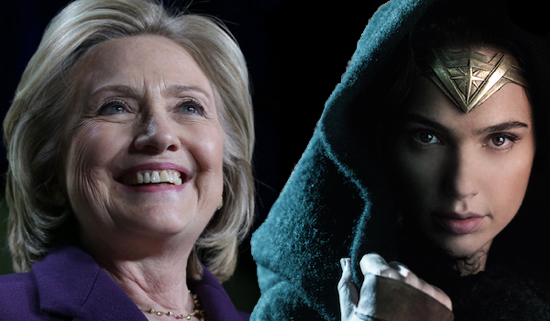 This is probably one of the most stressful columns I’ve ever had to write. It will be published on November 9th but was written prior to the election results being released. Very rarely do I normally stress about the future; I just take it in stride. Writing this is a different story. I yearn to get past the election, to know the results that you already know. You are so lucky.

Since last week I wrote about my ways to avoid the election strains. This week I am going to write about a woman breaking barriers throughout the world. That’s right, I’m talking about the new Wonder Woman trailer. It looks fantastic… and that terrifies me.

So when they announced Wonder Woman was finally coming to the big screen, it was a mix of hope and fear that filled my core. Both trailers captured the excitement, action, and female empowerment that I wanted to see in the first live action Wonder Woman film.

This film was literally decades in the making. Every time someone wanted to make a female-led superhero flick, they pointed to a few flops (including other DC films) and said nope to the risk. It didn’t matter that women-driven films started to become more common. It didn’t seem to matter that superhero films developed in quality drastically. And for a very long time, fans’ wishes for female-led films were ignored.

DC’s movie universe hasn’t been stellar. Or great. Or particularly good. And at times, not even coherent. So I’m scared. If this film isn’t good, will studios be able to stop female superhero films again?

With everything happening in the world, this step for women is important. We have a woman as a serious candidate for one of the highest offices in the country. We need geeks to have that equal representation on the big screen.

So people of today’s future, there you have it. I can only hope that when I catch up with you, we have a strong leader ready to enter the White House and not a tire fire. Until then, I’m going to keep my hope alive for. It’s Wonder Women – Hillary and Diana.

I am flabbergasted and distraught at the results of yesterday’s election. A significant portion of the country’s population has spoken and in doing so, validated the wave of hate that is sweeping throughout the country. In short, a rebellion occurred and it feels like we had no warning. The polls failed to convey anything like this.  I attended the official Hillary rally in NYC and I felt the mood change from exuberant to despondent and confused. I don’t know what happened last night but I know what we need to do now.