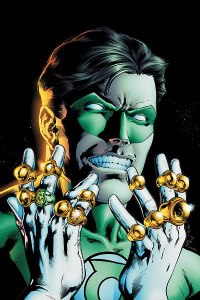 Most of the talk about upcoming superhero movies has been dominated by Marvel, which announced a slate of projects after Iron Man raked in the cash.

Meanwhile, DC has fairly floundered (Dark Knight excluded), as Justice League, Wonder Woman and Superman movies haven’t been able to gain traction. One project that’s been largely under the radar seems to be gaining steam, though.

The Geek Files has a nice roundup of info on a forthcoming Green Lantern film, which sounds as if it’s on the fast track to reality. The project is in the hands of TV producer and writer Greg Berlanti.

Berlanti, aged 35, was a writer and producer on Dawson’s Creek and its spin-off Young Americans, creator of Everwood, writer and director of the movie Broken Hearts Club, and is executive producer of Brothers and Sisters and Dirty Sexy Money.

In an interview with Out magazine, Berlanti (right) said: "Whatever free time I have left is pretty much thinking about Green Lantern. That’s all I’ve got time for mentally right now."

Casting is still quite a ways off, but that didn’t stop Geek Files from compiling a list of "fans’ choices" that include Nathan Fillion, David Boreanaz, Josh Duhamel, Jim Caviezal and Ben Browder.