Mike Gold: A Negro and A Jew Walk Into A Bar… 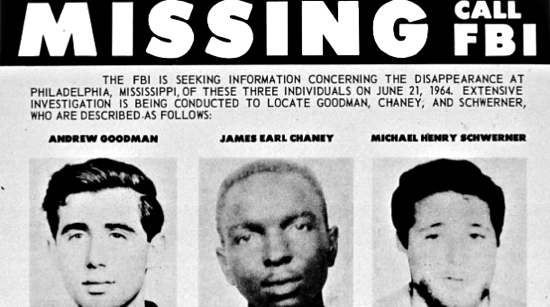 Michael Davis wrote this election day column for ComicMix, which we published on election day, which was yesterday. It’s a very powerful piece, one of the more important we’ve run in the past 10 years. After I read it, I put aside my plans to wax poetic about the Doctor Strange movie. There’s always time to do that. If you have yet to read Michael’s column, I urge you to do so. 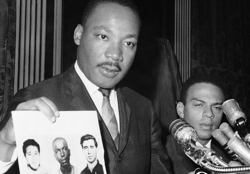 I will say this: I’ve known Michael for the better part of 30 years. We have talked a lot. He had never shared that story with me.

And some people say nothing good came out of Donald Trump’s campaign.

What he was talking about, if I might be allowed to define it, is the strategic concept of “divide and conquer.” Often attributed to Philip II of Macedon, it means exactly what it says. Instead of a long-winded explanation of the time-honored concept, I’ll offer an example that is in keeping with Michael’s column.

Back in the early days of America’s ongoing civil rights movement, a lot of Jewish American students from the north went to the southeastern states to stand and march side-by-side with Black Americans in that critical struggle. Many stuck around to help organize. Some got killed. Check out U. S. vs Cecil Price et al., or watch the movie Mississippi Burning. 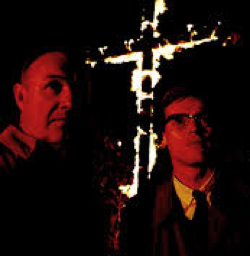 Since hatred of Black Americans is as American as hatred of Jewish Americans and vice versa, it wasn’t hard to sell these concepts. After all, we are all Americans.

As the American Nazi Party and the Ku Klux Klan (et al) took major positions in support of Donald Trump’s campaign, blacks and Jews felt our collective Spidey-Sense tingling. The polite analysis was “Oh, shit, not again.” And then “Oh, shit, this isn’t good at all.”

It’s ironic that Trump campaigned on the anti-PC platform. It is the concept of political correctness that has prevented a generation of discriminated Americans from seeing the snipers in the trees. I’d much rather a hater called me a kike to my face than be surprised that the same person was a closet hater. I’d rather see them coming.

Divide and conquer works best from the shadows. Or, to be more specific, from under a rock. Remove that rock and expose the haters to the light of truth. While stumping for office, Donald Trump and his supporters never used words like nigger or kike, at least not in public. But Donald Trump ran the most discriminatory race in the past half century.

Let’s light the light of truth.

As Michael’s friend, I say “thank you.”