Joe Corallo: The Ray of Light 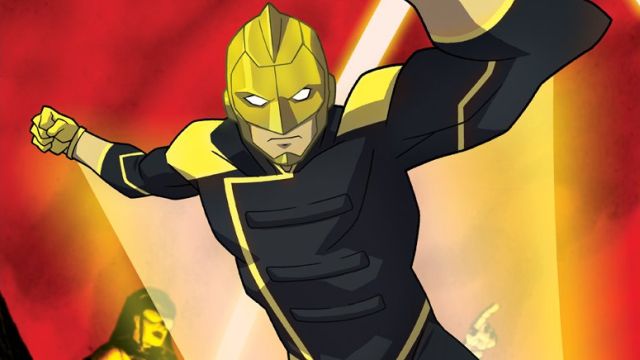 It’s been brought to my attention that CW Seed (the CW’s digital content hub) will be airing a new animated DC Entertainment series, Freedom Fighters: The Ray, in 2017. What makes the announcement of this new series extra newsworthy is that The Ray himself gay and would be the first gay superhero to be the lead in his own TV series. Pretty neat, right?

Before I discuss the impact the first gay superhero to lead his own TV series has on me, I’d like to talk a little about who The Ray is, since there is a good chance you are unfamiliar with this character. Hell, I was only vaguely aware of this character myself.

The Ray was original conceived by Golden Age artist Lou Fine and premiered in issue #14 of Smash Comics, part of Quality Comics’ lineup. Lou Fine worked on other characters at Quality Comics including The Black Condor, Doll Man, and Uncle Sam. Ironically, one of his most well-known contributions to comics is likely his work on The Spirit comic strips, which at the time he went uncredited as he was a ghost-artist for Will Eisner.

Eventually DC Comics acquired Quality Comics and took all of the previously mentioned characters as well as others including Phantom Lady and put them all in their own superhero team, the Freedom Fighters. Since then, a few different other people have been a hero under the banner of The Ray. Most of which have a nearly identical skill set including light absorption and manipulation as well as flight.

The version of The Ray being used in this animated series is Ray Terrill. In the comics this was the identity of the second person to call themselves The Ray, and also the son of the original The Ray, Lanford Terrill. However, that version of The Ray was never revealed to be gay.

This version is based on The Ray from Grant Morrison’s Multiversity. In it, one of the alternate world’s depicted had the Freedom Fighters, but they were slightly altered to make them a more diverse group. In doing so, Grant decided to make this Ray gay.

I’ve talked before about how making characters like Iceman or Green Lantern gay is difficult as they are such thoroughly established characters that people have already made their minds up on that it could easily be dismissed, even by the next creative team tackling the characters. Similar to what George Takei was calling for in Star Trek: Beyond, I want to see new characters being created that better reflect diversity rather than retconning previously established characters. 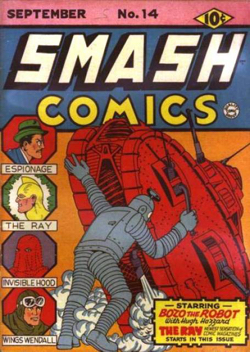 In a situation like this one I think this actually a pretty good way to meet halfway. DC Entertainment is able to use a character that doesn’t get much use to begin with and help make its comics and now TV shows more diverse. No offense to the late great Lou Fine, but the kids these days found out about The Ray just last week when CW Seed got their announcement of this new series out there. This is the kind of recycling I think we can all agree on. Okay, maybe not all of us.

Keep an eye out for Freedom Fighters: The Ray as we enter into 2017 on CW Seed. Make no mistake that this is a big deal to many queer kids and young adults eager for more content that better reflects their own lives. Hell, it’s important to some of the old timers too. And if this animated series goes over well, you’ll be seeing The Ray in live action form too.

Let’s not forget that the Freedom Fighters will also be in this show. I don’t know about all of you, but I could really go for some Phantom Lady action on the small screen. Her Golden Age adventures have been reprinted in the Roy Thomas Presents Classics. They might be out of print by now, but you can still find them in some comic shops and online at suggested retail. I think they’re a lot of fun to read.

The Ray, on the other hand, is quite difficult to find in reprinted collections. As a result, I really have very little idea of what to expect from this animated series. Though I am curious to read some old stories with The Ray, it may work out better for me and general audiences coming into this animated series with no preconceived notions and watching the development of the first openly gay superhero leading a TV series from the ground floor. If enough people feel the same way, we might see this kind of representation move forward faster than a ray of light.