For some odd reason, over the past several decades many a wannabe comics creator has consulted me for advice. That’s quite nice; it makes me feel like I might know something. Of course, that also means I’ve been around the block so many times I’m prone to tripping over my own tracks. That’s the yin and yang of life.

No matter who the victim wannabe is, be that person a writer wannabe, an artist wannabe, or in extremely rare and unusual cases an editor wannabe, there are several chunks of hot glowing wisdom that I try to impart. Now you, if you’re a wannabe or you’re simply comics-curious, get to experience some of these radiant pearls without having to suffer through what I alone like to think of as “my sense of humor.”

I shall start with the most important lesson of them all. It is absolutely true for everybody, although some might find it daunting. “For every truly great guitar player with a contract and an entourage, there are well over 1,000 guitar players who are even better who never make it out of the garage.”

Even though truer words were never spoken, you might be wondering what the hell that has to do with producing comic book stories. Well… everything. The business of comics is show business. Admittedly, comics creators get less money than our performing counterparts, and we get less cocaine and cars and hardly any nookie, but we are in show business nonetheless. 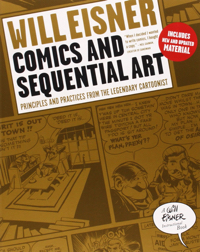 Assuming you haven’t just decided to switch your major and wiki “hedge funds,” I shall drop the definition into your lap. You want to get in to the comics business, editorially speaking. Well, so do a zillion other people – and that’s growing as the medium achieves greater public acceptance. Let’s say you want to be a writer. For every Neil Gaiman out there, we’ve got a thousand people who aren’t in the racket, would like to be, and are better writers than my friend Neil Gaiman (sorry, pal).

O.K., there probably is nobody faster than Neil and that’s important, but we’ll leave that aside. On a planet with 7.5 billion human beings on it right now and births outnumbering deaths by more than two-to-one, there’s got to be at least 1,000 writers who are better than just about anybody we’ve seen thus far.

Yeah, there are schools that purport to teach you how to write (or draw, but not edit), but there are no schools that will teach you how to think. Most are incapable of teaching you how to be creative, but if you excel at the basic techniques and take creative chances and polish your work as though it was the Hope Diamond and work hard and eat your veggies, you’ll have a damn good shot. 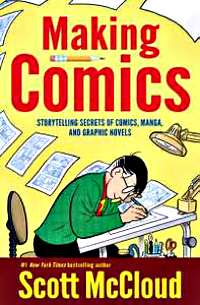 If I had a dollar for every time I looked through an artist’s portfolio and offered some words of alleged wisdom only to be told that the wannabe’s work was better than, say, the two or three worst artists available, I’d have enough cash on hand to get somebody from Lenexa Kansas to drive out some Zarda’s barbecue to me here in Connecticut. The fact is, we’ve already got those “lousy” artists. Why would we need more?

Besides, that lesser talent might have been saving our deadline ass for years and years. Sometimes you just need the damn job finished, and I’ll bet you any long-term D-lister you care to mention has paid his or her dues and deserves the respect and the work.

Or not. There are assholes out there. I said this was show business.

So what do you do? After you’ve studied the masters who have written brilliant books on the subject – start with every prose-and-pictures instructional written by Will Eisner and Scott McCloud – and you’ve started producing and polishing and redoing everything and make it better, take copies of a few pages to your friendly neighborhood comic book store at some time when conversation is available (as opposed to, say, Free Comic Book Day) and show it around. Listen to what the clerks and your fellow fans have to say. And by “listen” I mean “pay complete attention, don’t be defensive and don’t be a dick.”

Then you take your pages back and redo them with all the additional knowledge you’ve just acquired. Eventually – and it’ll take a while – you’ll get good enough that you can put it online or work with one of the smaller “independent” publishers or even self-publish. And then you listen some more. And redo it some more. Then you might have something worthy of showing a comics editor or a comics bureaucrat (there’s a difference) or a friendly writer or artist, and… you’ll get some more advice. 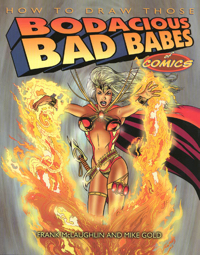 Continue along that path, even though there are 1,000 wannabes behind you. Do not get off that path. No, you do not suck (probably; hey, a few do). Persevere. You are on your own personal lifequest. A jihad, if you will. You only lose if you quit before getting to the finish line.

There’s more stuff I will probably get around to saying in the future, and many of my comrade columnists here at ComicMix with names like “O’Neil,” “Newell,” and “Ostrander” have given out some great advice. Marc Fishman, who occupies this space every Saturday, has been on this quest for a while and is nearing that bright light of success – and he’s been sharing every step of the way with our readers.