Mindy Newell: Letting In The Light 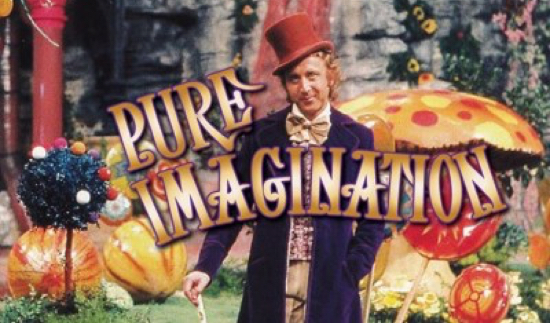 “What we’ll see will defy explanation. If you want to view paradise simply look around and view it. Anything you want to, do it.

“Wanta change the world? There’s nothing to it. There is no life I know to compare with pure imagination.

“Living there, you’ll be free if you truly wish to be.”

But I ramble, to turn a phrase…

It’s a tough thing, dealing with depression. It’s a selfish disease, one whose main symptom is that it makes the whole world all about you.

Turn on the television, boot up the web, pick up a newspaper, link into the world – there’s a lot of things going on out there beyond your own life that are terrible beyond anything that Dante ever imagined. I don’t have to name them; you know what they are.

In my line of work I’ve seen a lot of terrible things, things I wouldn’t wish on my worst enemy, things that make me think, and sometimes say out loud, “just because we can, doesn’t mean we should,” things that make me wonder why this culture, this American society, fears death so much that we keep people alive even when in our brains, in our hearts, in our souls we know we shouldn’t, even when we know that we are not abiding by the first rule of healing, “primun non nocere – first, do no harm”

To be completely honest, I’m not even sure what my overall theme is this week, what my aim is – maybe it’s just to get these thoughts out of my head and into the world, because the one thing the darkness cannot abide is the light, even it is only flickering. That’s always been my weapon against the disease – what some in my life have called a big mouth – or what my father used to call “not knowing when to keep quiet.”

I am writing this to shut it up… I think.

Aloneness is the ally of the disease, or the belief of aloneness; but I don’t walk Depression Street alone. I have my family. I have my friends. I have a job that keeps me actively engaged in the world. I have this forum on ComicMix. I am lucky and I am blessed, and I know that, even when I am in the deepest shadow. That knowledge is another component of the light that scatters the darkness.

Sometimes, even though it is a complete oxymoron, I am glad that I have had this disease. It has made me a better person in so many ways – less quick to judge, more open to empathy. (See, I told you that my depression has been an oxymoronic entity in my life, go back and read that second paragraph.) It has made me a better professional, too – as a nurse, as a writer.

Anger, it is said, is depression turned inward. Well, I have plenty of anger, and sometimes it is displaced, but I have learned, or am constantly attempting to learn, not to turn it inward. Mostly it is anger that the depression went on so long, that it was so long undiagnosed, that it robbed me of what economists call the financially “productive” years, so that here I am at 62 and 10 months and I get scared when I think of the future… will I end up as one of those senior citizens living at the poverty line?

To borrow from Nicholas Cage in Moonstruck, “the fairy tales are bullshit!”

But the fairy tales – comics, Doctor Who, Star Wars, Star Trek, Buffy the Vampire Slayer, Angel, all the wonderfully heroic tales, the myths and the epics from Gilgamesh to The Ugly Duckling – are all parts of the wonderfully nerdiness and geekiness of our imaginations, are also part of the wonderfully beauteous light.

Sorry, Nicholas, but fairy tales can also be not bullshit.

“Come with me, and you’ll be in a world of pure imagination.”

It’s this that keeps me going when the dark is beckoning…keeps you going, too, I hope, when your own abyss is yawning before you. The ability to accept life as it is, but also, and more importantly, to keep imagining.

“If you want to view paradise, simply look around and view it…”