Yes, we’ve all heard the big news: Skrulls have invaded the world. They’re everywhere, hidden from magic and telepathy, ready to do their worst. They’ve infiltrated the highest levels of government and they’ve replaced all of our planet’s best and brightest with sleeper agents, ready to bring down all that we hold dear.

But that doesn’t mean you should be worried.

Here at ComicMix, we know that the Skrull Empire doesn’t exactly have the best track record. Heck, they once replaced Alicia Masters, one of the best friends of the Fantastic Four, with a Skrull agent, then seemed to forget she was even there until years later when she was found out — which led to the FF blowing up the biggest space station in the aliens’ Empire.

And that’s not even the tip of the Skrull Empire’s iceberg of ineptitude. For the first in our new series of ComicMix Six features, we present some of the Secret Invasion villains’ least-impressive diabolical schemes through the years.

6. TOMMY GUNS AND FEDORAS: When the Thing of the Fantastic Four was kidnapped by Skrulls and taken to one of their slave worlds, he thought that was bad enough. But then he found out that this slave world, "Kral," was inhabited by Skrulls who had decided to take on the appearance and mannerisms of 1930s Chicago gangsters. They even traded in most of their ray guns and alien tech for tommy guns and the like. I guess they were just that bored with themselves.

The only thing that makes this idea even more lame is that they stole it from a classic Star Trek episode titled "A Piece of the Action," in which the Enterprise discovered a planet of aliens who were imitating (you guessed it) 1930s -era Chicago mobsters. It was fun and involved Spock wearing a fedora, but hardly a plot to be emulated by actual intergalactic conquerors.

5. THE ENEMY OF MY ENEMY IS STILL MY ENEMY: When Paibok the Power Skrull wanted revenge against the Fantastic Four, he teamed up with a being called Devos the Devastator (pictured here), a powerful warrior who clearly stole his wardrobe from a Predator and had dedicated himself to eradicating all species capable of inflicting harm on others (instead of hunting Arnold Schwarzenegger and Danny Glover).

So, imagine readers’ shock when Devos turned against Paibok later and destroyed much of the Skrull throneworld. Oops. Great recruitment strategy there, Power Skrull.

4. WE ALWAYS HURT THE ONES WE NEED THE MOST: Once, when the X-Men encountered the Skrulls, they also found out that some Skrulls were being born with mutant powers similar to Earth-born mutants. For years, the Skrulls had always been limited by the fact that it took serious genetic engineering or advanced tech for one of their agents to have powers beyond shape-shifting. Now, they finally had some homegrown super-agents who could be used against those pesky super-heroes. So what did they do? They shunned them!

They hounded the mutant Skrulls so badly that they actually left the Empire and formed their own team called Cadre K, trained and mentored by none other than Professor Charles Xavier of the X-Men. Great idea, guys. Let’s ostracize the people who could be valuable weapons. 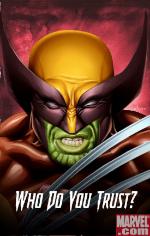 3. NOT QUITE THE BEST THERE IS, BUB: Some years back, the Skrulls successfully replaced Wolverine of the X-Men with one of their own agents. Except, he wasn’t genetically engineered to actually have Wolvie’s powers. Nevertheless, you’d expect that this spy would act quickly enough so that no one would notice, right? All the spy needed was a few minutes to get Xavier alone in a room so he could shoot him in the back of the head, or just enough time to hide a bomb in the Danger Room.

Fortunately for the X-Men, the Skrull agent had been conditioned so that he didn’t know he wasn’t the real Wolverine. And what do you think will happen to a guy who is emulating a person who loves to get into fights and who thinks he has a healing factor that makes him virtually immortal? Yup, he was killed before he could do anything useful. Oops. Maybe you should’nt have let your sleeper agent think that nothing could hurt him. That would have been some useful information.

On a side note, after discovering that their teammate had been replaced by a Skrull, none of the X-Men freaked out and immediately assumed that the entire Earth was already under invasion. Maybe they’re just less paranoid than the Avengers.

2. VIDEO KILLED THE INVASION STAR: No one likes to admit that they were defeated. But how much worse is it when you have to explain you were defeated by… television?

When the Skrulls first encountered the Fantastic Four, Reed Richards convinced them Earth was too dangerous to conquer because of the giant monsters that roamed around the planet. To prove this, he showed them Japanese monster movies.

Yes, you read that correctly. These scary conquerors were scared off by Gamera, Godzilla and Mothra. After taking all the time to learn about Earth’s armed forces, its language and how to impersonate its superheroes, you’d think at least one of those Skrulls would’ve discovered what a movie was, and would’ve been able to distinguish between rubber-suited actors and actual monsters.

Heck, they didn’t even verify that the movies were real before they left. they just saw Godzilla and figured, "Screw this, I’m not taking on a big lizard!" Seriously, what alien worlds out there were dumb enough to get conquered by these folks?

[Writer’s Note: Actually, in the original adventure, Reed used monster magazines starring creatures similar to Fin Fang Foom. But the later cartoon adaptation retconned it as monster movies and that’s how I always remembered it, so sorry for any continuity freaks who got confused. :-) ]

1. IF AT FIRST YOU DON’T SUCCEED, NEVER TRY AGAIN: Once, the Skrulls created a cosmic cube, which is basically a handheld box that lets your thoughts become reality.  But this cube became sentient, formed itself into a being known as the "Shaper of Worlds," and then left to explore the universe. Or maybe it just went out to get drunk, I forget which. Rather than say, "Since we succeeded partially once, maybe we should just try building a better cube this time," they decided they couldn’t be bothered and just moved on.

To make matters worse, they repeated the same mistake years later. During a civil war in the Skrull Empire (which, amazingly, did not involve a cyborg clone of anyone or Spider-Man getting yet another new costume), two Skrulls created a "hyperwave bomb" which affected all Skrulls everywhere in the universe, turning off their powers and trapping them in whatever form they were wearing (until they were cured some time later).

You’d think one of those Skrull scientists would have said, "Hey, this bomb is less dangerous than a cosmic cube, and I bet with a little rewiring we could use it to shut off the superpowers of all super-heroes and villains on Earth! Who’s with me?" But instead, it appears that the conversation went something like this: "Anyone with me on this plan? No? Screw it, let’s just replace Elektra and see if anyone notices."

The latest Skrull invasion plan unfolds (and begins falling apart) in the pages of Secret Invasion #1, on sale this week.

Check back every week for more ComicMix Six. Have a suggestion for a future ComicMix Six topic, or just want to tell us what we left out? Post your comments at the end of this article!

Alan Kistler once outsmarted the Skrulls by telling them to "Look over there" before he ran away very quickly. He has been recognized by Warner Bros. Pictures as a comic book historian and can be seen on the Adventures of Aquaman and Justice League: New Frontier DVDs. He really wishes Marvel or DC or the kind folks at Doctor Who would realize he has some fun story ideas to share and write. His personal web-site is http://KistlerUniverse.com.