Ed Catto: The Misfit Among Misfits? 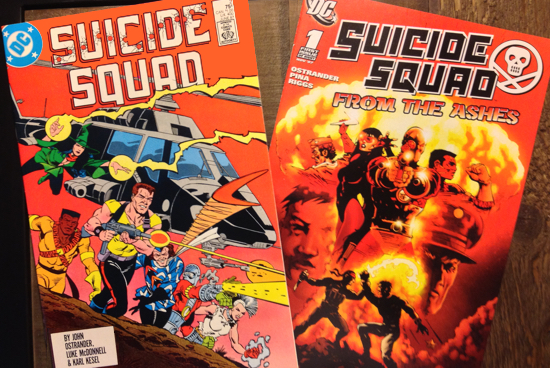 No one can deny Geek Culture has gotten bigger, broader and more mainstream. It’s cool to know about comics and comic characters’ history. It’s now cool to wear shirts with superhero images no matter what your age. And even mainstream retailer Bed Bath and Beyond is getting into the act, borrowing the soon-to-be unveiled Captain America statue for the grand opening of a new store before it makes a permanent home in Brooklyn.

Just a few short years ago, telling the world at large that you were planning to attend the San Diego Comic-Con was met with eye rolls and snickers. Now that very same travel announcement is invariably met with envy, excitement and the inevitable “You’re so lucky! Can you get me a Dr. Strange poster?” 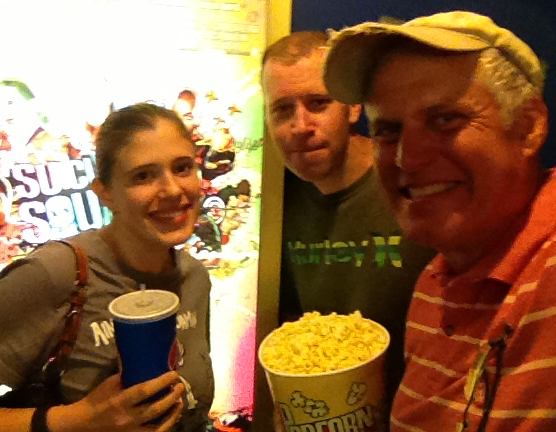 This all leads us to the excitement and unique fan passion for the new Suicide Squad movie. I don’t think it’s all about that mainstream geek passion. It’s something different.

Now, as a long time fan, I’ve dragged my family to many fan-focused movies. They’ve always been great sports, but my daughters never really caught the bug. They’d sit through a superhero movie, eat popcorn with dad, and then promptly move onto the next thing after the show was over. Oh, they’d always find cool superhero presents for old dad for birthdays and holidays, but that was just them being kind rather than being passionate fans.

So you can imagine my surprise when my middle daughter, Tessa (who just graduated from college a year ago and is working in New York City) said “Hey Dad, what’s this Suicide Squad about? Maybe we should go see that.” I wasn’t sitting down when she said that, but if I had been, I would’ve fallen off out of my chair.

Who They Are And How They Came To Be 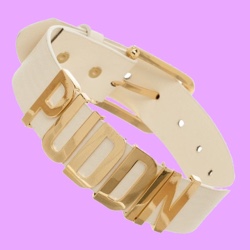 The Suicide Squad was a DC comic series that debuted with a half-hearted tryout as spy-espionage series. It really took off in the mid-80s when it was rebooted as comics’ version of The Dirty Dozen. Some of my favorite comic creators were behind this incarnation: John Ostrander, Kim Yale, Mike Gold, Luke McDonnell, Karl Kesel, Robert Greenberger and more.

More recently, the Suicide Squad bolted on one of the most popular new comic characters, Harley Quinn. At the core of it, she’s the Joker’s insane girlfriend, but she’s grown to be so much more. She’s kind of like the comic version of Chelsea Handler mixed with the irreverent, bisexual Bugs Bunny. She’s fresh, effervescent and lot of fun.

And today’s Harley Quinn and the Suicide Squad seem to stand for something special, and passionate fans are embracing and protecting it all. As the ultimate “bad boys/girls” of the superhero world, the Suicide Squad members are edgy and frightening. They are poor role models for kids. But I think that in many ways, they represent a mindset that so many fans have.

These characters certainly aren’t super-characters like Captain America. They don’t make all the right choices and they don’t do heroic things. They’re grungy and disrespectful. Authority figures despise them, but they are very comfortable with who they are. 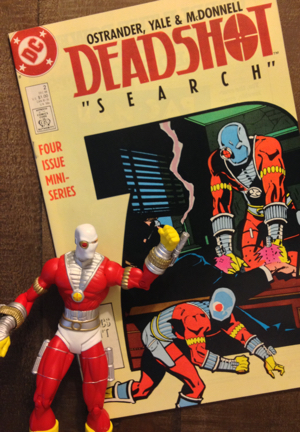 And they co-opted the prettiest girl in the class as one of their own. Margot Robbie, a stunning actress who gave us all a reason to sit through the failed caper movie, Focus, plays Harley Quinn. She’s scary and insane and riveting in every trailer. It’s as if America’s Sweetheart (Spoiler alert: She’s not really American) started hanging out with the bad kids in high school.

All of this was thrown into a Geek Culture pot and stirred until it became a fresh stew of validation, alienation, and a unique kind of anti-establishment celebration.

Don’t Stomp On Someone Else’s Validation

And that’s whey when early movie reviews started slamming the movie, faithful Suicide Squad fans rushed to the movie’s defense… before they could even see the movie. Some fans tried to turn the tables on Rotten Tomatoes as payback for dissing their movie, and by proxy, dissing what these fans hold dear and their opportunity for validation.

Not everyone gets it, of course. Slate, that mostly-political site, scratched their head in a story all about the authentic and creative Suicide Squad licensed merchandise on sale at Urban Outfitters. You could almost hear the (usually hip) Slate shaking an aged fist and grumbling “You damn kids, get offa my industry of licensed movie products!”

Geek Culture has grown big – and now the tent is so big that there are areas within it for so many different groups. The Suicide Squad represents another unique segment, and they are vociferously passionate about what’s important to them.

That’s why I believe Suicide Squad is making a connection. It’s telling those who aren’t sitting at the cool kids table that they have value. They are unique. They are special and here’s a movie for you. And many folks just don’t hear that much or certainly not enough.

This isn’t really “my 80s Suicide Squad” – and I don’t think it should be.

But I am excited that so many of the creators* can see what their ideas have become on the big screen.

And I’m really excited that folks who dig arm bands and shop at Hot Topic and may feel like misfits amongst society’s beautiful people have a summer superhero movie all their own. And that we can all enjoy.

And I hope it becomes a franchise.

*One aside: Kim Yale, a trailblazing comics writer who worked on so many Suicide Squad stories, passed away years ago. She gone but she’s far from forgotten. NPR just did a wonderful piece on her and you can give it a listen here.