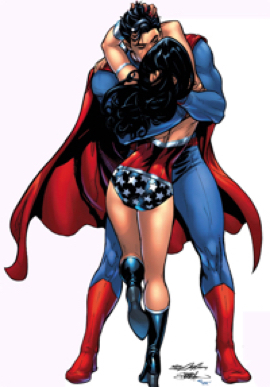 Maybe it’s the fact my son Bennett has finally mastered the art of pooping, or that my second son is due in less than three weeks, but I’m getting soft, my friends. To be clear, I still get migraines whenever I pull my attention towards the pending nominations of candidates from both parties. To be clear, I still shake my fist aggressively when Chicago drivers cut me off. To be clear, I still snark at things and get bent out of shape over tons of crazy Internet news. With that being said, a few of my friends on my social media feeds are seemingly raging hardcore over a litany of geek-related issues that just plain baffle me. Actually, strike that. It doesn’t baffle me so much as enrage me. I get the irony of it all, mind you. But I just can’t keep my snark in any longer over their bunched up panties.

And for the record, I don’t deny anyone the right to be snarky, angry, or anything else. I merely find these topics too silly to get an anger-boner over.

Recently this tweet elicited a resurgence of hatred over the CBS sitcom The Big Bang Theory. If you’d like a detailed recounting of my feelings for the show, you’re welcome to do so. I penned that article in January of 2013. And here I am, basically three years later feeling absolutely no different.

For someone to feel the need to light the torches and mount the armies of nerditry in an effort to chase this windmill really must have nothing better to fret over. To mock the lowest-common-denominator joke mills that are most of the network half hour sitcoms in perpetuity is akin to scoffing at those who eat fast food. No one – and I assure you that includes the entirety of Big Bang‘s staff – actually feels like the show is somehow a Bat-Signal for nerds, geeks, and dweebs to uniformly celebrate as barrier-breaking television. It’s stupefying to believe I have more than a fair share of friends that feel a need to #nerdrage over the comings and goings of that show – in part because a few soccer moms said trivializing comments to their local comic shop owners.

A person who doesn’t know Bruce Wayne from Wayne Brady tells a store clerk he reminds them of  Sheldon Cooper is as bad as that store clerk implying the insulter shops at Lands End and drives a Buick Enclave. Both parties are in the wrong. And if you find yourself seething and foaming at the mouth because Big Bang had the audacity to make boobie joke about Saga? Go buy a tee shirt that says so from Hot Topic and blow that rage out yer’ hipster ass. Next time? Be glad Saga got mentioned to literally tens of millions of people instead of pitching a needless hissy over the sheer gal of it all.

Wonder Woman #49’s Cover B Variant by Neal Adams depicts Superman and Wonder Woman embracing in a totally PG-13 kiss. Diana’s rear end is facing the camera. I assume this was done because the way the legendary Adams depicts the Amazonian Princess, had the camera angle been reversed, the entirety of the cover would be Superman’s cape, calves, and booties, with Wonder Woman’s feet in between, making a passionate kiss look more like a night at the Cosby residence.

Let me make this clear, in case the snark isn’t coming through. The cover that has caused several pals of mine to shake their fists to the heavens in womanly rage (and this includes dudes too) is a variant cover. Meaning the actual cover than the majority of comic collectors will preciously bag and board after reading cover to cover is not in fact this man-first, woman-hating, soul-destroying piece of dreck. This means that only those who covet artwork by Neal Adams, or are tender completests in the highest regard will actually need to seek the cover out from their local comic retailers to even get it.

To quantify any negative feelings over this drawing is simply a rage too far to me. Yes, Wonder Woman isn’t facing forward on her own cover of her own book. Because Neal Adams chose to draw it this way, and the editors said “cool.” Yes, Diana has her leg up as if to imply she’s not only enjoying the kiss, but she may even feign to a submissive role in Superman’s larger frame. But that’s the prerogative of Neal Adams to choose to make her that much smaller than the Big Blue Boy Scout. For the record, I’ve long held it in my mind that she was likely as tall as he was, but nowhere near as wide. But hey? Guess what? I’m not Neal Adams, and I wasn’t paid to draw the cover. A cover by any account isn’t being force fed to adolescent males with a call out balloon declaring “Superman gets what’s coming to him, baby!”

I could go on. I could hand-pick several other ragers who need to calm down – like those who need to imply that the executives of Hollywood don’t understand our culture. Or the dorkus milorkuses who feel it necessary to pass judgment on a blogger declaring Chris Hemsworth went full geek in the next Ghostbusters movie because he’s wearing a vest and horned-rimmed glasses. The list goes on and on.

Simply put, when our nerdy culture can finally take the time to accept that those not-in-the-know mean us no harm when they simplify our loves… when we can stop over-analyzing every little detail to acknowledge our hobbies are still businesses in the business of making money… when we can stop feeling the need to throw stones through the glass houses that offer us shelter?

Well, that’ll be the day I feel no rage against the nerds who need to rage.