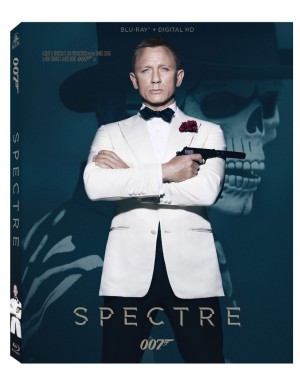 The Daniel Craig cycle of James Bond films has proven divisive to fans compared with his predecessors whom we either seemed to uniformly love or loathe. Of the four films he’s headlined, Spectre has proven the most unevenly received, most admiring its technical virtuosity and everyone else less certain about its story.

MGM Home Entertainment released Spectre as a combo set (Blu-ray, DVD, Digital HD) and revisiting allows some perspective. Helmer Sam Mendes intended to tie together the dangling threads from the last three films – Casino Royale, Quantum of Solace and the terrific Skyfall – while offering up a rousing caper which was intended as his personal swan song. Unfortunately, Christoph Waltz’s casting as Franz Oberhauser was as mysterious and frustrating to fans as Benedict Cumberbatch’s role on Star Trek Into Darkness. In both cases, the fans circumventing the marketing and deduced the true nature of the opponents, weakening the reveals when they finally arrived on screen.

Also deadening the film’s impact was the unfortunate bit of timing as the latest Mission: Impossible, Rogue Nation, offered up much the same plot: the government was convinced the agency’s usefulness was a thing of the past and our heroes were to be mothballed. However, a global threat, initially ignored then underestimated, reared its ugly head and only our hero could save the day. The differenced proved to be that director Christopher McQuarrie and Tom Cruise delivered a far more exciting adventure than did Mendes and Craig, whose film felt bloated and tired. 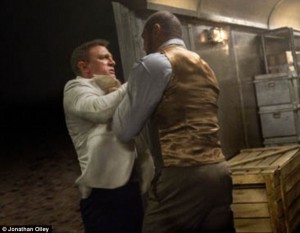 Not that Spectre is all bad. The opening in Mexico, during its Day of the Dead celebration, was as masterful a bit of filmmaking as you could ask for and reintroduced us to Craig’s Bond, still reeling from the loss of M (Judi Dench) in the last installment. He was on to Spectre, a background threat to the world, long before anyone else had a real sense of its scope. Back at MI6, though, a new bureaucrat, Max Denbigh, a/k/a “C” (Andrew Scott), was trying to retire the 00 division at a time when Bond was most needed. This entire thread felt unrealistic but did allow his supporting players – Q (Ben Wishaw), Moneypenny (Naomie Harris), and Bill Tanner (Rory Kinnear) – a chance to shine for a change. The new M (Ralph Fiennes) left the audience wondering where his true allegiance lie. 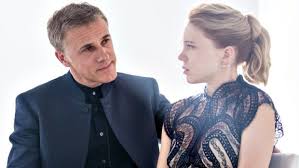 Once Spectre was revealed as the threat, and Bond saw Oberhauser, it became a cat and mouse game. The first cat to chase Bond, proved to be the imposing and impressive Hinx (Dave Bautista) who lightened the film every time he appeared. And of course there’s a girl or two, notably Dr. Madeline Swann (Léa Seydoux), who morphs into a stereotypical damsel in distress who feels anachronistic.

Then it fell to Bond vs. Oberhauser and here screenwriters Neil Purvis and Robert Wade falter and give us an unbelievable connection between the two and an implausible motivation for Oberhauser that deadens the final third of the film.

In fact, the movie leaves many questions unanswered and therefore, after 148 minutes, you find yourself slightly bored and dissatisfied – which is no way to end a film, especially with a two-to-three year wait before the next installment.

The 1080p, AVC-encoded high definition transfer is as good as one could hope. This, along with the lossless DTS-HD MA 7.1 track, means the film certainly looks great on a home screen.

You can tell the studio lost some faith in the film as their special features feel particularly thin this time. We get Spectre: Bond’s Biggest Opening Sequence (20:12), which gives the first few minutes of the film it’s just due.  The six Video Blogs (9:09) were released during production and are collected here. Finally, you get a Gallery of production and behind-the-scenes images along with the film’s trailers.