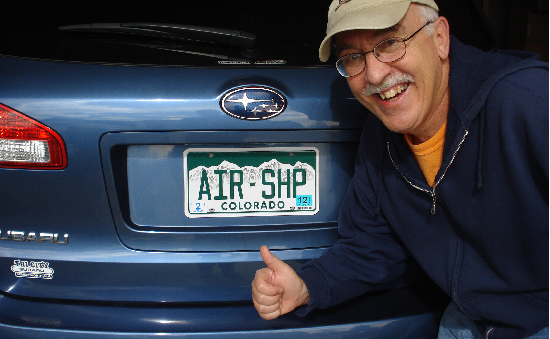 Geek Culture is a big term that’s used to describe various aspects of Pop Culture. Comics, superhero movies, games and graphic novels are at the center of it all, but it’s a big crazy quilt composed of so much more: anime, cosplay, RPG’s… the list goes on and on. This week, I sat down with one of the standard bearers of another flavor of Geek Culture – modern pulp fiction. Ron Fortier is a writer, a publisher and an all around good guy to chat with over a beer. 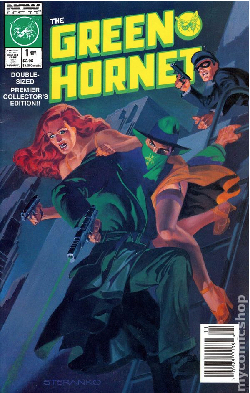 Ed Catto: Ron, it’s a pleasure to have this opportunity to speak with you. I was first introduced to your comics writing, and especially loved your work, on Now Comics’ Green Hornet series. Can you provide me with a little background on your comics career and that series in particular?

Ron Fortier: Hi Ed, happy to be here, my friend. As I recall, I came home from the military in 1968 and immediately got back into comic collecting… and writing. Really wanted to break into the business and all that happened in 1976 when I sold my first story to Charlton Comics out of Connecticut. Shortly after that I was approached Mike Friedrich of Star-Reach Agency and signed on as a client. It was Mike who prompted me to go to the San Diego Con in 1989. There I met the good people at Now Comics and landed the job of writing the Terminator series for them. Before leaving the con, I gave them my proposal for a new Green Hornet comic series. Four months later they called to say they’d gotten the license, based on my proposal, and gave me the go ahead to start writing the book for them.

EC: As a guy named Catto, I’ve always liked the Green Hornet’s sidekick, Kato. You introduced some fresh innovations in the Now Comics series, and I feel your clever innovations have almost become “industry standards” for reboots. What do you think? 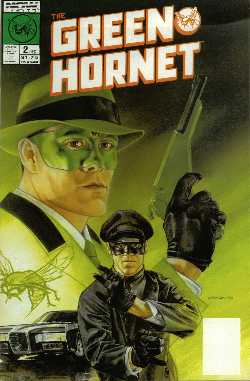 RF: Honestly, Ed, I think my major innovation was eschewing the whole reboot from scratch idea in the first place and instead incorporate all the various incarnations that came before. By creating a family saga that started with the characters from their radio days through the two cliffhanger serials and the popular 60s TV series, I was purposely attracting all the Green Hornet fans to one book. So you could say, I inadvertently invented what has since become known as “legacy characters” in the industry.

EC: In retrospect, it seemed pretty gutsy to develop a new publishing imprint like Now. What do you think they did right and what could they have done better?

RF: That’s a rather easy one. Now followed the old 60s Dell Comics formula of going after licensed properties from film and TV. By the time we did the Green Hornet for them, they were already doing comics based on Ghostbusters, Speed Racer, Terminator and Fright Night to name a few. If something is popular in one medium, you’ve a pretty good shot at selling it in another. As to what they did wrong, well that’s the business end. They couldn’t manage their cash flow and soon were not paying their creators or distributors, which eventually cause them to go into bankruptcy. Really a shame. With smart business practices they could still be around today. 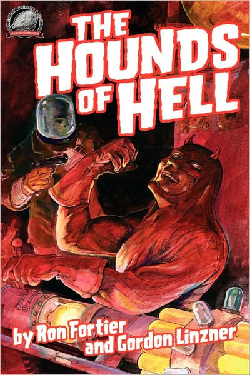 EC: The Green Hornet wasn’t really a Pulp character, having been created for radio, but at some point you became enamored with Pulp. What sparked that for you?

RF: Anyone who is a true comic book fan will invariably learn its history and discover comics evolved from the hero pulps of the 1930s and 40s. When those pulps died out, many of the pulp writers and artists gravitated to comics after World War II. Thing is there has always been an active pulp fandom and a little over ten years ago, just out of curiosity, I attended one of the very last Pulp Cons in Dayton, Ohio. From that came the idea of bringing back these great classic characters in brand new stories and thus was born Airship 27 Productions.

EC: Airship 27 is a fascinating publishing imprint, and obviously a labor of love.

What’s the best part about Airship and what have enjoyed the most?

RF: Well, as I just said, getting to bring back such great pulp characters to an entire new audience of readers has been truly gratifying while at the same time we think we’ve given the entire pulp fandom a much needed shot in the arm in keeping alive and healthy for future generations of genre readers. And perhaps the most rewarding part of publishing has been our opportunity to give new, super talented young writers and artists their first big breaks in establishing their careers. You just can’t put a price on that. 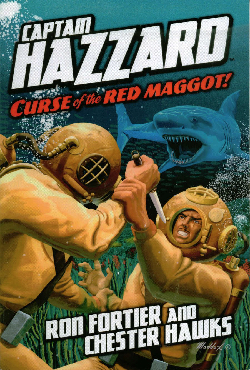 EC: And for Airship 27, what do you have planned for the future?

RF: Hmm, I guess we just want to keep the old Airship 27 flying as long as we can and that means embracing the various media venues out there. Aside from traditional book publishing, we’ve become stable of the big pulp shows and have started branching out to comic cons to show off New Pulp to comic fans. Four years ago we began doing digital copies of our titles and Kindle sales exploded through the roof. Now, within a few weeks, fans will be able to get audio book via our new deal with Radio Archives. Every single one of our titles will soon be available as an audio book. What’s next beyond that? Movies? TV? Who knows?  If you are going to dream, I say dream big.

EC: Airship 27 is a big supporter of Pulp conventions. Can you compare and contrast them to comic conventions? Are they really just another flavor of Geek Culture?

RF: Pulp fandom is really much smaller than general comic fandom but that’s not necessarily a bad thing. Whereas most comic cons today have evolved away from comics to become media cultural events focusing primarily on films and TV rather than comics, pulp cons have remained true to their subject. Oh sure, they do sell books, DVDs, posters etc., but their continued reason for existence is pulp magazines and books …old and new. If you’ve never been to a pulp con, I recommend both the Windy City Pulp & Paper show in Chicago in the spring and Pulp Fest in Columbus Ohio in late summer. Both are wonderful shows and tons of fun.

EC: Tommy Hancock is one of the leading voices for and supporters of New Pulp Fiction. Can you tell me a little about him?

RF: Tommy got his start in pulps by submitting a western story to Airship 27 Productions. We hit it off immediately and after his story was published in our Masked Rider – Tales of the Wild West Vol One, Tommy was hooked on pulp writing. But if you know Tommy, he never settles for just one taste of anything. Within months of that story’s publication, Tommy went out and launched his own new pulp company and called it Pro Se. And yes, they are by far our main competitor in the field and we love it. Why? Because having another quality publishing outfit doing New Pulp raises the stakes for all of us, pushing us to do better and better books and thus the readers of pulp fiction benefit. Tommy has become one of the leading proponents of this movement and remains a dear and close friend to this day.