John Ostrander: Five Things You Need To Get Your Reader’s Attention 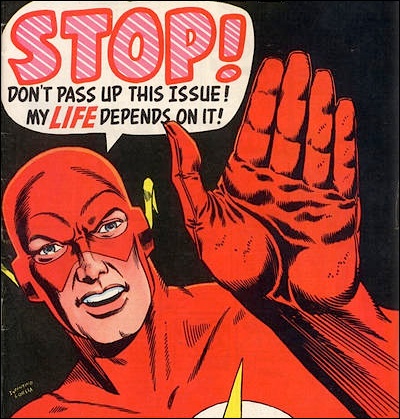 The toughest part of the story, inevitably, is the beginning. How do you get the narrative ball rolling? How do you get somebody’s attention so that they want, maybe need, to hear what happens next?

It’s also the toughest part of a pitch or a proposal. If you can’t grab the editor’s eyeballs in the first sentence, give it up. They won’t make it through the end of the paragraph.

Del Close, my writing partner on Wasteland, among other things, and noted teacher and director at Chicago’s famed Second City, used to tell his improv students that, for a scene, they should begin in the middle and go on past the end. “Get rid of all that boring exposition part,” he would growl. Stan Lee would do that. He’d put you in the middle of a fight scene on the first page to start the story and tell you not to worry, you’d get caught up along the way. And you did.

How I interpret what Del meant was that you didn’t need to explain how we got where we are. You did, and do, need to set everything right off. Where are we? When are we? (Season, night or day, current or past? All that, in comics, can be shown; it doesn’t have to be told to the reader but you need to make sure your artist is clear on all this.) Who are these people? What’s going on? What’s at stake? You need to do it all quickly. Define it for yourself in small quick sentences.

Above all, the opening moments have to start something. Here’s an example, using the questions from the previous paragraph:

That’s your start. That’s all you need. Why he’s running, who he’s running from, does he escape – that’s all what happens next. You can go somewhere from there. Change some of the particulars – change the young man to a young woman, for example – and it’s a different story.

Fairy tales start with one of the greatest openings we know: “Once upon a time…” That‘s magical. It holds promise and possibility. It’s why George Lucas borrowed from it at the start of every Star Wars film: “A long, long time ago in a galaxy far, far away…” That’s brilliant. And it’s all he needs. It draws the viewer in to the world that has been created and there’s a promise of something wonderful about to happen – a story.

Have you ever heard someone try to tell you the story of something that happened to them and they fumble it? “The other day… Tuesday, no Wednesday, no wait, yeah, Tuesday… I was walking by Harrison’s Hardware… wait. It was Bumble’s Grocery… and I was walking along… well, almost running… I needed to get a hammer…” And you want to scream at them, “Get on with it!” (Maybe you’ve been that person.)

The problem with it is that the narrator is trying to explain things. You don’t need to explain a story; you need to tell it. The audience is paying attention because they’re promised a story. That’s what they want. Their attention is the price they’re willing to pay and, if the narrator doesn‘t deliver on that promise and quick, you’re stealing their time. Their attention is a precious commodity so don’t waste it.